Impressions of the Xiasha Plaza since the opening of the k.k. one mall. Those who follow the cycle of urban village demolition, relocation, and upgrading know the k.k. folks as 京基, the same development company involved in renovating Caiwuwei.

Folks interested in high density living in Shenzhen’s urban villages have been creating some great images about how space works across different scales. Below, a sampling from around the globe. Follow links to reports.

From Li Zhang’s overview of urban villages, with a focus on Gangxia.

END_OF_DOCUMENT_TOKEN_TO_BE_REPLACED

The research division of Urbanus has sponsored Fu Na and Chris Gee’s research in Caiwuwei these past three years. Just recently, they released three videos that take viewers on walks through what remains of Caiwuwei. Of note: Caiwuwei has been upgraded and polished into an exemplar of the potential of high density living that can be created through appropriations of handshake buildings. So commercial opportunities and low-cost conveniently located housing, with minimal investment in public spaces and amenities. Links:

对话城中村_Conversations with the Urban Village

The 69th floor observatory of the Diwang Building remains an important tourist destination, albeit something of a time capsule.

The Diwang building was completed in time to celebrate the Return of Hong Kong to Chinese sovereignty. The 69th floor observatory includes a museum that commemorates Shenzhen’s history from 1980 through 1997, a kitchy “Lan Kwai Fang” bar street, and observation maps that date from 1997. The key exhibit is a wax figure installation of Deng Xiaoping and Margaret Thatcher’s iconic 1984 meeting. The installation symbolizes the ideological function of Shenzhen circa 1997 — the buffer zone between Beijing and Hong Kong, which enabled the PRC to push forward its “one country, two systems” policy.

The juxtaposition of Shenzhen then and now resonates precisely because the interior design of the museum hasn’t changed since 1997. In fact, all one has to do is look at one of the maps and compare it to the view from the observation platform to remember that in 1997 Diwang precipitated the city’s glass and steel makeover. Notably absent from the 1997 maps — the civic center, the kk 100 building, and the Binhai Expressway and Northern Loop. Obviously present in the 1997 maps — the extent to which the construction of border town urban villages such as Caiwuwei, Dengba, and Hubei had shaped urban possibility in Shenzhen . Moreover, in the 1997 images, Buji and the second line seem distant, far far away from the booming border region. Nevertheless, villages still show up in the images below — the relatively dark patches are urban villages, including the remains of Caiwuwei after the construction of the KK 100.

Visiting the museum and observatory costs 80 rmb a ticket and if memory serves (because sometimes it doesn’t), fifteen years ago the price of admission was 80 rmb.

Here’s the rub: Cities and districts usually only release population statistics, even though the actual population is on record via individual precincts, which report their statistics to the District. In turn, reporting practices vary widely between districts, making it difficult to ascertain how many people actually live and work in a district, let alone in an urban village. END_OF_DOCUMENT_TOKEN_TO_BE_REPLACED 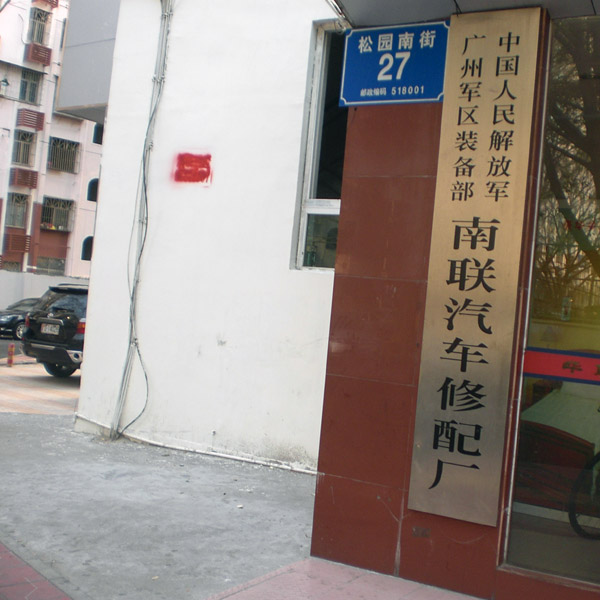 Walked a stretch of Old Shenzhen yesterday, winding along shaded boulevards past work unit housing, 90s upgrades, and remnants of Caiwuwei finally arriving at the KK 100. Should you wish to retrace my steps, head north through the Caiwuwei entrance just behind Shenzhen’s latest landmark.