So, here’s a photograph that confused me for way too long. It pops up on Baidu, when I search “深圳老照片”. It was not immediately apparent to me, however, when and where this landscape existed. And then I stumbled upon a map of Futian Commune and it was like, wow, I get it. Here’s the map:

END_OF_DOCUMENT_TOKEN_TO_BE_REPLACED

April, May and June, Handshake 302 will be leading tours through the streets and history of Futian Street Office. If you’re in Shenzhen, subscribe to our we chat account to sign-up for a tour! 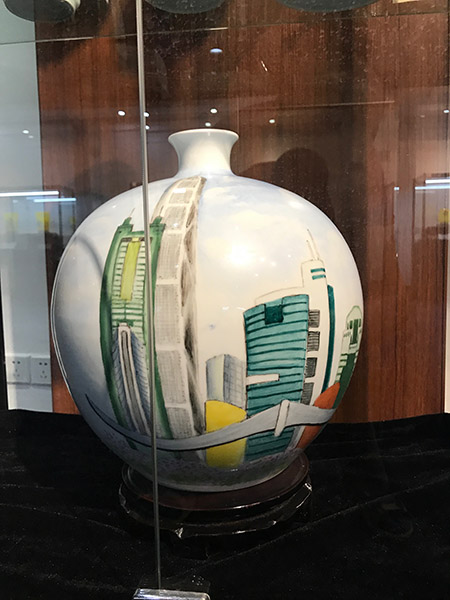 Not so long ago and not so far away, Futian was known as Shangbu and was considered the rural burbs of up and coming Shenzhen (which was mapped as Luohu-Shangbu). But then (somewhat deus ex machina) Deng Xiaoping appeared in 1992, promising that the experiments would continue. So, during the 1990s, the SEZ boomed and Shenzhen restructured. Old Futian (well, xiaokang Futian), emerged out of all this governmental restructuring and economic booming.

END_OF_DOCUMENT_TOKEN_TO_BE_REPLACED

Insights into what Futian was before it was the political center of the city.

For the past six months or so, I have been working on a project that illuminates Shenzhen history stop-by-stop along the new metro lines. Line 11 is up and so is the mini encyclopedia. I’ll be putting the pages up over the next week or so. Enjoy!

So, as the Xiasha Kingkey project finishes up, another urban renovation project begins in neighboring Shangsha. Below, impressions of the Xiasha plaza, the Kingkey complex along Binhe Road, and the state of unmaking in Shangsha. 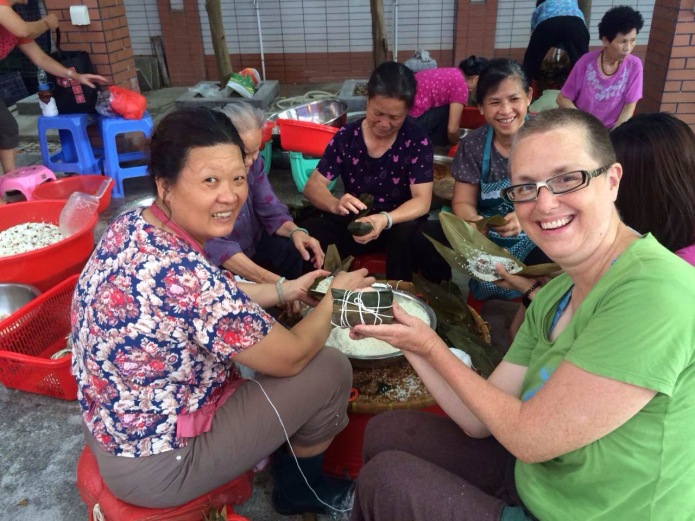 This past week I have been in Shuiwei learning to wrap zongzi (粽子) for the upcoming Dragon Boat Festival. What is apparent is not simply the re-invention of tradition, but also the unpaid work that women do to create that solidarity. The zongzi making takes place over 10 days—two prep days and then 8 days of wrapping and boiling. The hours are long: 6:30 a.m. to midnight or later. Of note: END_OF_DOCUMENT_TOKEN_TO_BE_REPLACED

Walked through the remaining section of Gangxia and noticed the strong contrasts of a sunny day: bright and dark, sun and shadows smack in the middle of Shenzhen’s Central axis. Check it out:

Lei Sheng and I have worked together with a team of craftsmen from a Shenzhen factory to create “Evolution”, a site specific installation for the Shenzhen Public Sculpture Exhibition. The show opens tomorrow in Shenzhen central park, along side the Futian River. Comments and thoughts tomorrow, along with images of finished sculpture and other installations. To contextualize project, please click houhai, land reclamation and/ or oysters in the tag cloud. Below, pictures of evolutionary progress. 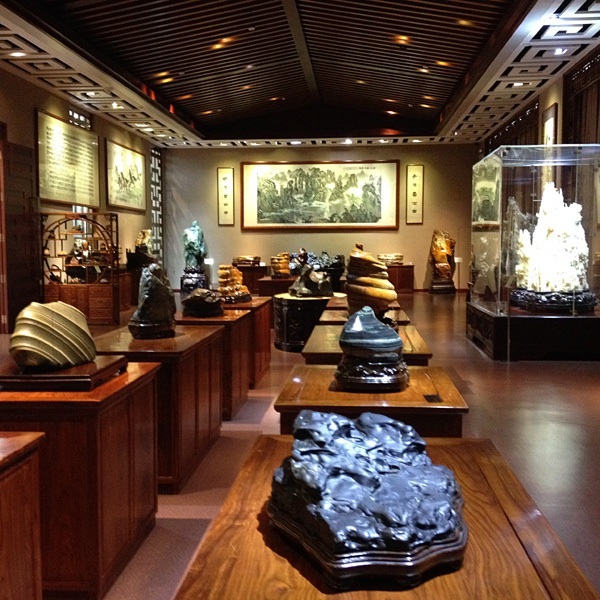 The CEO of Shuiwei Holdings Ltd, Zhuang Weicai loves collecting. He has been collecting rocks, calligraphy, traditional paintings, teapots and tea, trees and Han Dynasty tiles and figurines for over twenty-five years. He even has a dinosaur skeleton. The fruit of his passion is housed in the Shuiwei Rock Art Museum, which is not a museum per se, but rather a contemporary cabinet of curiosities that reveals as much about Zhuang Weicai’s eclectic taste as it delights visitors. As a social fact, it also reconfigures how we think of collecting in an era of corporate museums.

Historically speaking, Cabinets of Curiousities (and yes, we are talking about items, rather than the feeling of curiosity) appeared in Rennaissance Europe. Precursors to the modern museum, Cabinets were nevertheless characterized by the tastes, experiences, and unexpected encounters of elites, who expressed and sought knowledge, broadly defined. Simultaneously, these collections also demonstrated the magnificence and power of a given ruler. Thus, for example, Rudolf II, Holy a roman Emperor brought dignitaries and ambassadors to his Kunstkammer in a ritual display of all that he reigned.

Cabinets of Curiousities have been studied by cultural critics and repurposed by artists. There have been extended critiques of Anthropology’s vexed relationship to the impulse to and practices of collecting. After all, many of the world’s leading natural history, ethnographic, and archaeological collections were a direct result of colonial occupation and subsequent looting slash removal of local items and their display as “curiousities” or “artifacts” in Europe and North America.

Here’s what I’m mulling today: what is the significance of Shuiwei’s Rock Art Museum?

Chronologically, the Art Rock Museum appeared well after the Rennaissance transition from individual to public collections. However, it is not a private art collection. It is a natural history collection that celebrates a traditional aesthetic that many educated Chinese have eschewed in favor of science and contemporary art. It is open to visitors throughout the week. And it really is more fun to visit than many of the stuffy museums that show off expertise rather than passion; the collection makes it obvious that Zhuang Weicai really does love rocks.

I haven’t reached a theoretical conclusion. However, I do think the Rock Art Museum does give insight into the different cultural logics that inform urban village style urbanization and official state directed urbanization. So, take an afternoon to visit and the explore Shuiwei itself. The Rock art Museum is located in the heart of Shuiwei, which is itself one of the best eateries in Shenzhen. Impressions of the Shuiwei Kunstkammer, below.