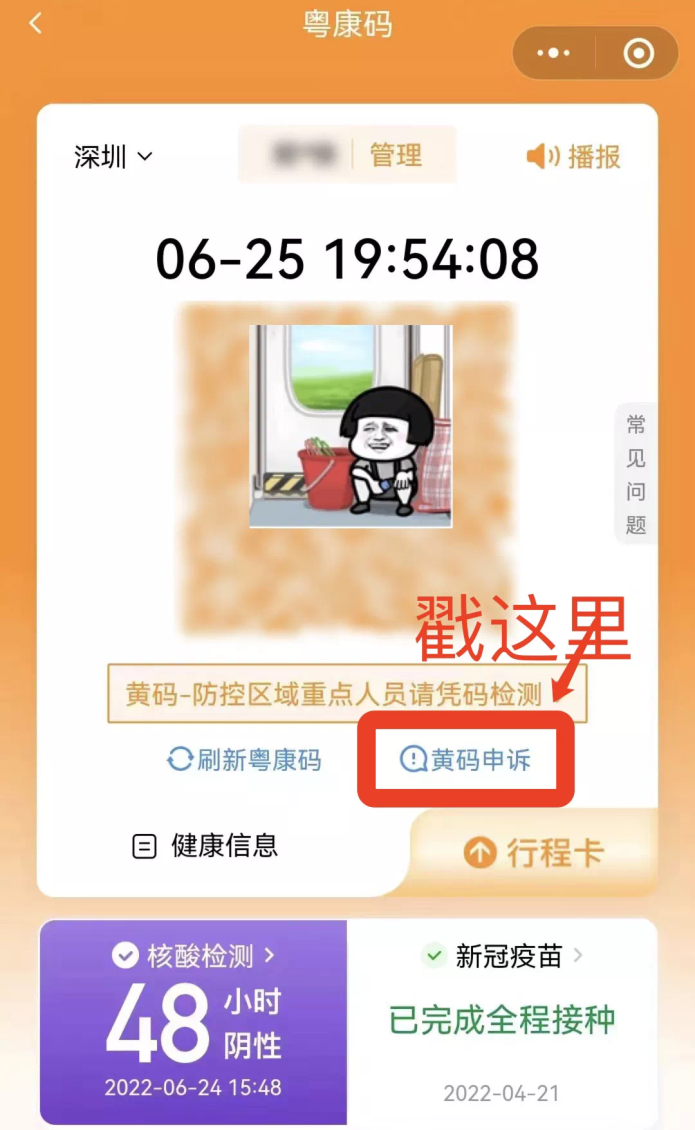 Throughout 2022, as corona testing has become normalized (常态), testing status and QR codes have increasingly been used to prevent possible political “outbreaks.” The most recent case involved depositors who were unable to withdraw money from their banks in rural Henan. This case broke over a month ago. It concluded several weeks later, when depositors went to provincial capital, Zhengzhou in order to make official complaints. As the depositors converged on Zhengzhou, their health codes turned red, which prevented them from using public transportation, getting rooms in hotels, or entering buildings with strict compliance.

END_OF_DOCUMENT_TOKEN_TO_BE_REPLACED 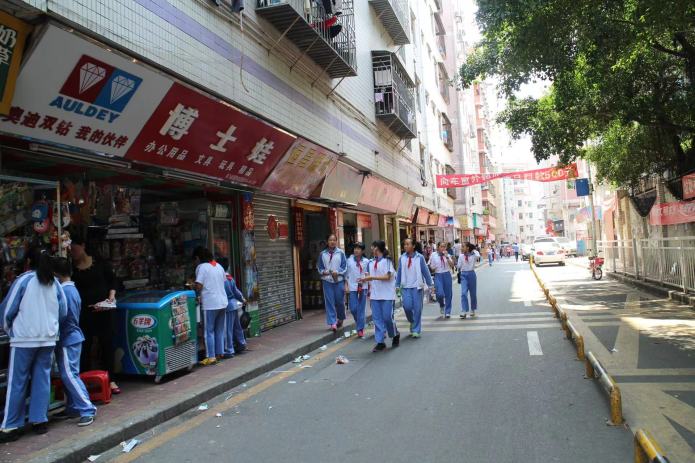 no time passing… The melody is Pete Seeger’s, but the context is Shenzhen. Last night I was talking with friends, older friends of many years who have lived in Shenzhen since the early 1990s. We ended up talking about China’s population crisis and how it has been manifest in Shenzhen as the aging of menial laborers, the ongoing removal of affordable housing stock as urban villages are razed, and the flight of young families to cities like Changsha, which are actively trying to attract young people using methods that range from housing policy to social media campaigns to create a hip and friendly city image.

The current situation in Nantou illustrates how these issues come together on the ground. The sanitation crews for the area comprise older people, many who had joined their children in Shenzhen to take care of grandchildren, but once the grandchildren started attending school full-time found themselves both with time on their hands and in need of supplemental income. Many of these crew members are past the age of retirement and ineligible for retirement benefits in the city, making them a vulnerable workforce. In terms of affordable housing, Vanke has upgraded many of the handshake buildings on the two main streets in Nantou, replacing family housing with transitional rentals for singletons. Indeed, last time I went to Nantou, the rates for upgraded housing stock was 5,500 yuan a month, while older housing was still priced between 2,000 to 3,000 yuan, depending on location and size. Moreover, over two years of zero-Covid enforcement means that many mom and pop shops have closed up with generational implications. On the one hand, older entrepreneurs have lost accumulated capital and income. On the other hand, that wealth can no longer be passed on to children who may have been raised in Shenzhen, but do not have city hukou.

So yes, restructuring with a vengeance.

END_OF_DOCUMENT_TOKEN_TO_BE_REPLACED

Yesterday morning between midnight and noon, 4 positives were reported in Shenzhen. One each in Pingshan, Xiangmihu, Nanhu and Dongmen Street Offices. So basically in the east, but citywide rapid response: neighborhoods went into lockdown, emergency corona testing was mandatory in those those street offices, and everyone in the city was notified that all day Sunday, June 19 access to public transport and spaces would require a 24-hour QR code, or green horse. Government sponsored events, including a planned Handshake guided tour of Shatoujiao were cancelled. Blink. The information was delivered to our phones.

I took the above photo while waiting online to get tested. For the first time in several months, we waited over half an hour. Fortunately, it wasn’t raining. Sigh.

Once-every-three-days Covid testing continues in Shenzhen, but we seem to be going through the motions. We are now up to twenty cotton swabs per test and many have noticed that the swabbing isn’t as “sincere 认真” as it used to be. Moreover, although it is possible to go an extra day or two without testing, however, after the fifth day, you have to go to a designated test station. There are, of course, differences between stations depending on location. Some health workers still jab, while others seem more careful. But. Regardless if the hand that pokes the throat is strong or gentle, testing at all the stations that I’ve used seems so cursory. Even when boarding the metro (the buses never checked covid passports), the security guards look at the QR code and just wave a thermometer in one’s general direction, begging the question: what purpose are these tests serving? (Other than the ongoing transfer of wealth to biotech enterprises.)

Dark sci-fi paranoia du jour: All this bio-monitoring has me wondering about the kinds of data that are being collected, how it is being stored, and the reliance on cellphones for this system to work. Indeed, the entire system hinges on the belief of direct link between an individual and a particular phone, which is true in my case. But. Easily hacked, I would think. If that was your goal and/or skillset. It seems to me that if the goal is bio-surveillance, then the logical step would be to chip us all, guaranteeing that the data you’re seeing is linked to a specific body. Although, there are no doubt technologies at play I don’t know about. Kind of like gene-editing cockroaches, we could be gene-edited to transmit selected information. And on dark and rainy nights, these ideas don’t even feel fanciful, but rather inevitable. Sigh.

If you’ve been following Chinese social media these past few days, you are well aware that in Tangshan nine men brutally beat four women, while bystanders watched. Chinese social media has questioned police response, the bystander mentality of Chinese public culture, and the lack of media reporting on the event. One of the more interesting responses to the event is a chat transcript from some anonymous and unidentified chat group currently circulating. The main speaker is a man posting under the avatar song sir, interacting with several other group members. In the transcript, song sir analyzes what the attack and how it was handled tells us about Mafia activities in Tangshan. And yes, by implication, the scandal goes all the way to Beijing, which is actually just next door. The story is soapy and distressing and rings true. Or at least the story hits the right notes in the build-up to the 20th National Congress. And also yes, as you read the transcript, you can’t help but wonder: what’s song sir’s stake in this drama? Who’s side is he on? Anyway, more to the point (and in keeping with song sir’s use of rhetorical questions to make nasty insinuations); who would know so much about the case and talk about it in a group chat that can be saved and circulated as a chat transcript? Seriously, who does this?

I’m calling my translation of the transcript, “Everybody Understands…”

END_OF_DOCUMENT_TOKEN_TO_BE_REPLACED

So what’s happening at the top? Inquiring minds want to know.

First, I come across this image of the Hunan Health Commission Vice Director Huang Huiyong being convicted of accepting 24.87 million yuan in bribes and kickbacks in corona testing. And yes, I too am wondering about the optics of wearing a Big White suit to the sentencing when no one else is dressed up to conduct a building sweep or poke throats. The image implies that the Big Whites, their ops and their actions are under the supervision of the CCP. Those pesky and anonymous Big Whites are responsible for the crazy and THEY will be held accountable for social disruption. Because they independently enforced extreme testing? Kind of like Shanghai wasn’t officially re-opened…hmmmmm.

END_OF_DOCUMENT_TOKEN_TO_BE_REPLACED

Over at Made in China, Ivan Franceschini and Christian Sorace have co-edited Proletarian China: A Century of Chinese Labour, which traces the history of Chinese labor since 1898. Compiling events from the late Qing, Republican, and PRC eras, the book offers a diversity of voices and perspectives on the meaning and experience of work in China. Indeed, the brevity of each chapter allows for a comprehensive introduction into how political movements, economic restructuring and individual desires have constantly shaped and redirected the norms and forms having (or not) a job and the meaning of said job within and against a landscape of shifting national goals. Moreover, the scope of the volume allows for more refined comparison; for example, the unstable meaning of women’s labor, how technology has been mobilized inside factory walls, or even how the spatialization of labor has changed in the years from the rise of Shanghai to the socialist factories of Tianjin and then the emergence of assembly manufacturing in Shenzhen. I contributed a chapter on the moral geography of Shenzhen’s dagongmei 打工妹 during the early years of the Special Zone, mapping how the path to respectability was differently manifest in Shekou, Luohu and Bao’an. 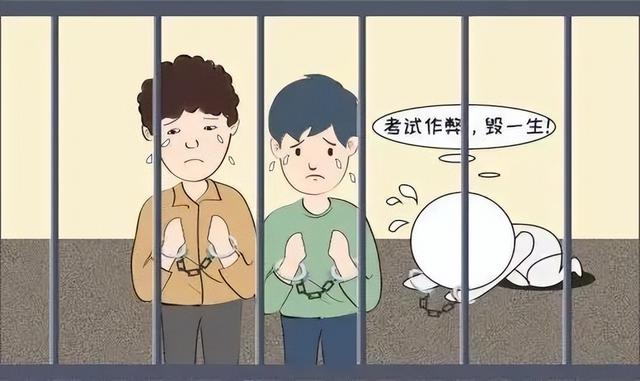 June 7-9, 51,200 senior three students are scheduled to sit the gaokao in 49 ordinary and 31 special test centers throughout Shenzhen. Years past, organizing the gaokao would have been given many more pixels on social media, but Covid. In fact, Gaokao cheating stories have long been some of my favorite urban myths. But this year. Covid. And ongoing prevention. (Although I heard a rumor that as of July medical insurance funds can no longer be tapped for mass testing, so it may end in July? Fingers crossed.) Thus, this year all the gaokao trauma drama I have to report is that we have been notified that phone signals will be blocked near testing stations to prevent cheating. Residents who have to report emergencies have been instructed to use landline phones or move out of range. There was also the odd article about how cheating on the gaokao is a criminal offense that carries severe (not quite explicit) penalties. But these scare tactics are just part and parcel of moral standards that hold teenagers accountable for minor mistakes, but allows powerful adults to make fortunes from unsavory business practices, such as a fraudulent Covid testing. Sigh.

A speculative what if: what if the Covid had happened during the late Qing? Would there have been discussions about loosing the will of heaven? Would we be having more serious conversations about ecological responsibility? And would we maybe understand all this Covid testing and infrastructure as some kind of attempt to suppress the expression of heaven’s mandate?

I know, kind of conspiracy theory-esque. But. Also, kind of sci-fi in the speculative way of questions such as: “how does science and technology reshape political ecologies within and against historical cultures?” Indeed, the ongoing management of the pandemic after pandemic’s end has my mind following Sun Wukong into imaginative black holes that aren’t explicitly Euro-North American, but rather all about the mandate of heaven 天命.

END_OF_DOCUMENT_TOKEN_TO_BE_REPLACED

One of the results of grid management (see Covid Among Us for details) has been the hardening of the city’s informal boundaries. However, this process has been ongoing for several decades in part via the imposition of a second traffic grid on top of the original traffic grid. In practice, this has meant re-purposing earlier, narrow roads as the internal roads of a cordoned off housing estates 小区 and laying a wider, more extensive network around the newly isolated gated community. In other words, what was initially planned as an open city, was incrementally partitioned and closed off even before grid management came online. In some sense, 2022 zero-Covid protocols merely accelerated a process that was already underway. Once you understand the logic of how the traffic grid was re-inscribed, its possible to see how boundaries were hardened through urban expansion.