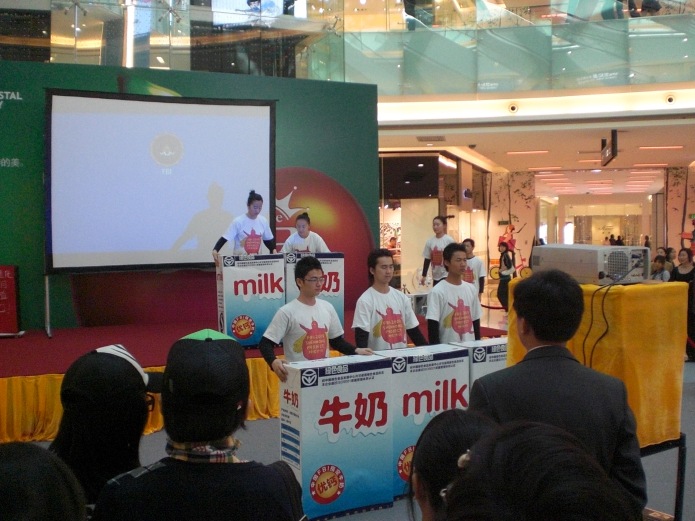 By now you’ve figured out that this week, I’m organizing the blog. Kind of. Anyway, today’s post is a treat from years past, when Shenzhen was and was transitioning from being the world’s factory. During the late 1990s and early 2000s, Yang Qian wrote plays about how dreams took root and reformed in the soil of the Special Zone. Crossroads, especially, gives insight into the lived contradictions of the 1990s, when Shenzhen was considered a city without culture, even as Neolithic sites were buried in the rush to the future. The plays included in Unclassifiable Dreams were translated and published as part of the 2008-2009 Foodscape project, which was funded by Pro Helvetia. (Just an aside, during the project, Swiss artists complained to artists from China and the US that arts funding in Switzerland was limited. In the language of China du web, we call that 烦而赛 or humble bragging. Sigh.) Enjoy:

Also, Divine Garbage a video from 2003, when the second line was still operational, Shekou was still a manufacturing hub and Fat Bird was an unregistered group of friends, who did guerrilla performances throughout the Special Zone (we never performed in Bao’an before its 2004 restructuring): 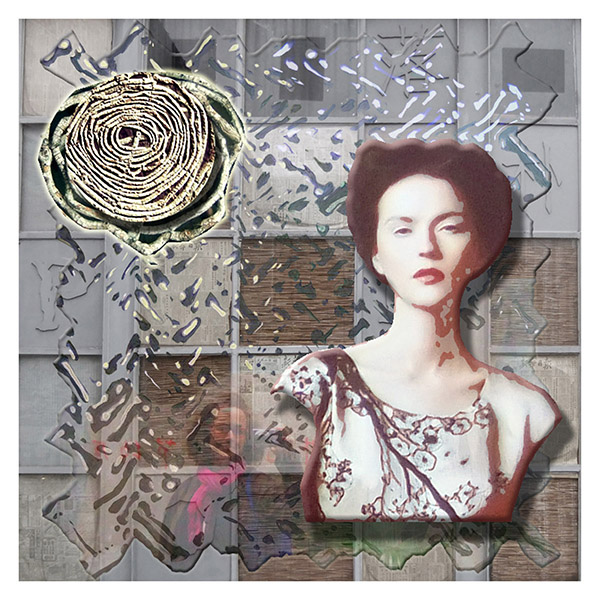 When I first came to Shenzhen in 1995, the idea was to find a group of people who were willing to be interviewed, fill spiral notebooks with handwritten notes, and return to Rice to write-up said notes in 1996, or at the very latest, 1997 and then writing my way into an academic position. That didn’t happen. Instead, I stayed in Shenzhen until 1998, finished the dissertation in 1999, held a post-doc for one year, and then began the transition from trying to secure a tenure-track offer at a US university to figuring out what an American ex-pat might do in Shenzhen, which was itself transitioning from being a manufacturing hub into an innovation city.  END_OF_DOCUMENT_TOKEN_TO_BE_REPLACED 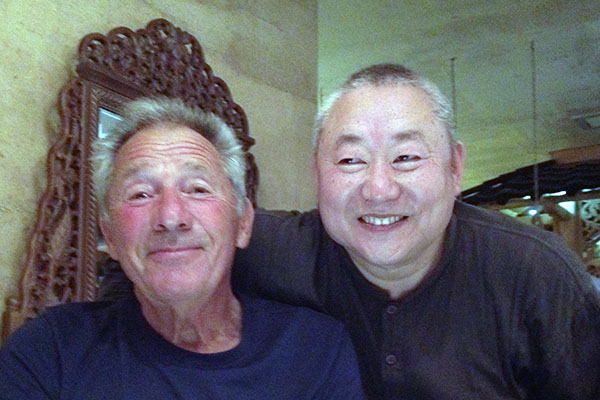 Playwright and screenwriter, Israel Horowitz is visiting Shenzhen in conjunction with the Fat Bird premiere of his play, Line, which has been performed at the 13th Street Repertory since 1974. We’re excited!

On Saturday, Israel will be giving a free talk about over fifty years creating for the stage and screen. Venue: OCAT B Gallery; Time: 15:00. If you’re in Shenzhen, don’t miss this chance to meet a theater great!

The play will be performed in Chinese on April 5 through April 8, 2016. Venue: Nanshan Cultural Center, small theater. Tickets can be purchased through WeChat or at the door. 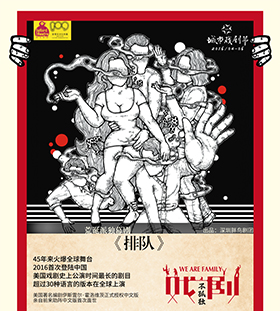 For the third year, Group+ has ranked its top-30 online communities, which is interesting as it is part of a model of disseminating information about not-for-profit, non-governmental organizing. Over 1,500 groups use Group+, a Shenzhen-based online platform to organize real time “community” events. Fat Bird ranked 3rd, even above the Shenzhen Reading Federation (#5) and Green Mango (#13), which have much broader audiences than does experimental theater. What do these rankings tell us about the possibilities of imagining outside the state in Shenzhen specifically and China more generally? END_OF_DOCUMENT_TOKEN_TO_BE_REPLACED 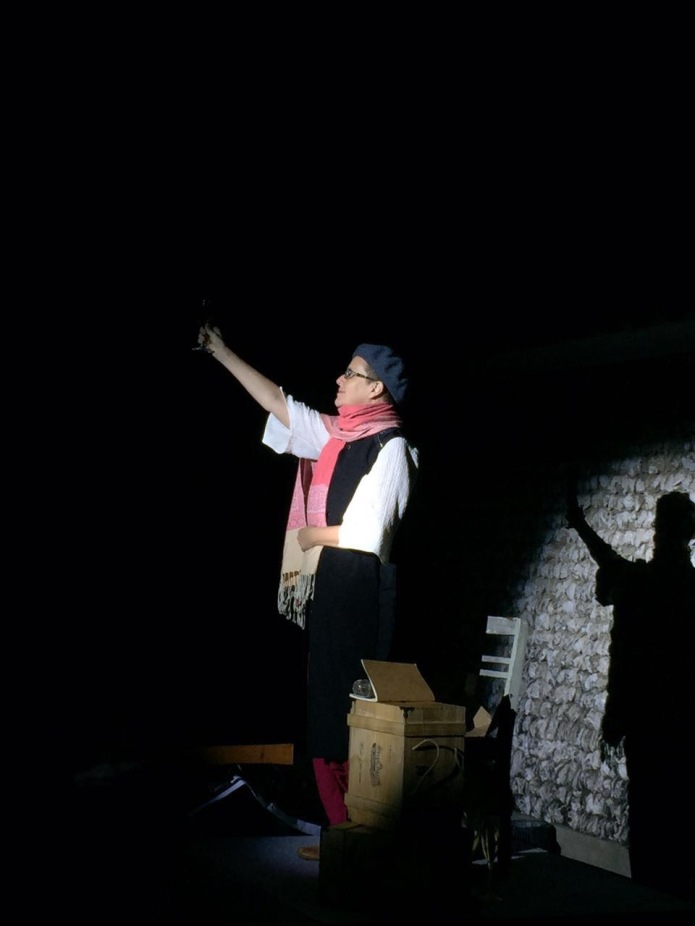 So “Oysters and Champagne” the Shajing version opened this weekend and it was quite beautiful: 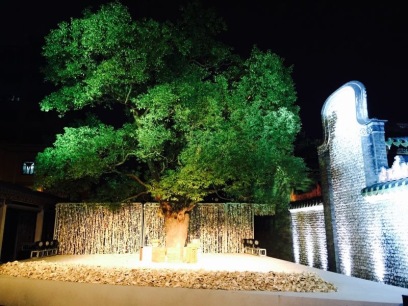 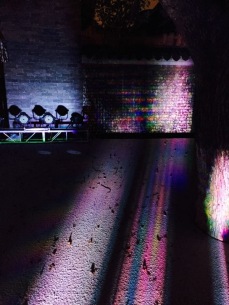 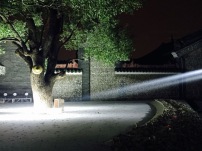 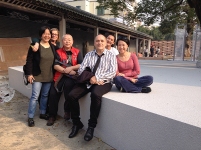 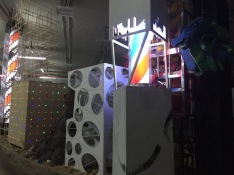 This rhythm of Shenzhen culture can overwhelm. Suddenly, there are installations, performances, and salons everywhere. We are inundated, but frankly often too tired to enjoy the deluge.

However, as a Cantonese proverb says, “Water is wealth.” 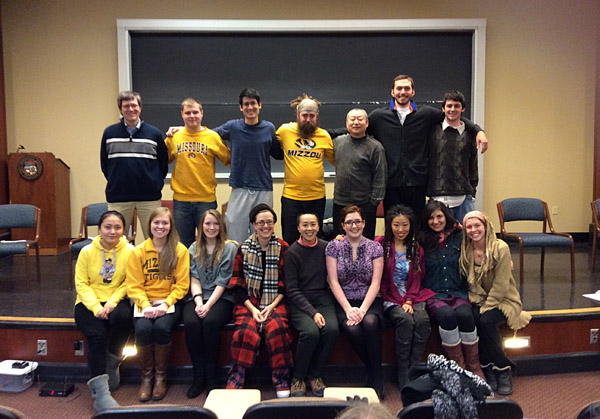 So, yesterday afternoon we read “Crossroads” onstage at the Mizzou Jesse Wrench Memorial Auditorium. Despite snow days and ice and broken cars, the show went on and Fat Bird had a great time. “Crossroads” is an early play by Yang Qian that looks a the moral confusion and disfunction that have shaped and been shaped by Shenzhen boomtimes. Impressions, below: 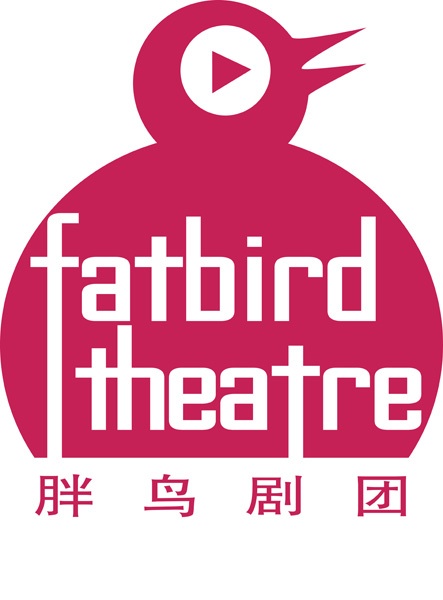 Fat Bird has been in Columbia MO, running a theatre workshop at Mizzou. Today at 4 pm we will have a staged reading of “Crossroads” by Yang Qian, directed by Song Jie and performed by Mizzou students. Happiness all around. Updates forthcoming.

For those interested in the 2013 edition of the biennale, here’s the website. Alas, many of the pictures are distorted, but upside? Fat Bird’s Urban Village Fetish / Baishizhou is featured today!

This past year, I have increasingly collaborated with foreign artists, filmmakers, and scholars to create projects in Shenzhen. Often at stake in these projects is the form and breadth of necessary support. For example, to do any kind of project in a public site (performance, filming, showing an art film), you do and do not need papers to show guards. What does this mean?

If the project looks like a group of friends just talking or filming, or if you’re performing / filming in a private house or shop, no one will ask questions. Hence, the proliferation of coffee shop and bar events with sympathetic owners. However, if you set up a large set, have many people involved, and a crowd gathers to watch, then any local guard can stop you and ask to see your papers. And every building has employed guards, so you will encounter them. In urban villages, where there might not be building guards, there are neighborhood civil police, who will know you are in the area within about five minutes and show up (or at least that was Fat Bird’s experience when we did guerilla performances in Huangbeiling and Dongmen 1 and 2).

If you don’t produce performance permits, the guards will send you away. Sometimes, even when you have papers, if the area has a special event going on, the guards will work to send you away. This happened several times during the 6 > 60 bus film screenings, when guards who knew us and were used to our project became nervous because a leader was visiting that day and thus asked us to leave as a favor to them. This indicates how seriously onsite guards take enforcement because 6 > 60 was part of the Biennale and therefore a municipal level project. Nevertheless, guards took the attitude “one less concern is better than one more  (多一事不如少一事)”. Likewise, at a recent Shenzhen University event, a dormitory guard tried to shut down an approved project because approval had only taken the form of spoken agreement. When the project organizer went to confront the approving official, he denied that he had ever heard of the project.

When organizing a project in China, it bears remembering that upper level officials may agree to help (and often support a project in principle), but if they do not write a letter of support, sign papers or issue permits, their support is practically useless because enforcement takes place onsite. Moreover, in most cases the leaders that can approve a project and the offices that issue permits are separate. This means, of course, that what needs to happen is project directors need to work with leaders who are willing to call the people who do issue permits on their behalf.

The whole question of corruption happens at this overlap between needing political support to obtain permits and the fact that enforcement happens elsewhere. After all, why should an official make a phone call or pursue permit issuing officials for you? What’s in it for them? Likewise, permit issuing officials sometimes become a third site of obstruction, depending on the relative status of the caller — immediate leaders are very helpful in pushing permits through, but their office is usually not high enough to approve a project.

And so point du jour: getting things done in Shenzhen means being able to network as many levels as possible to get the permits necessary to make an onsite intervention. That done, you need to then work with or against onsite guards. One time events can usually be accomplished by arguing with guards, however long term projects require onsite negotiations with guards, and often their leaders, who are responsible to a different chain-of-command than the one that pushed through the permits, which in turn requires another round of explaining and securing agreement.

That said, sometimes bravado will get the same or better results, but it’s a gamble.

Production stills from Mandala, or one version of what the future looks like!