The second station on the Chinese side of the Kowloon-Canton Railway, Buji was an important Hakka market town that during the early years of reform was a center of manufacturing. Today, Buji is a street office (办事处) with an estimated population of over one million. Most Buji families live in an urban village and their children attend minban (民办) schools. A minban school is owned and operated by private companies, filling educational needs that are not met by the public school system. Elite minbans tend to be international and position graduates for university abroad. However, the most common type of minban school in Shenzhen is the urban village minban, which has been set up to educate children who are ineligible for a public education. The most common reason for being ineligible for a public education are hukou related; often families are not long-term residents of the city, which means their children are only eligible for public education back home, or the child was born outside the family planning policy and the parents cannot afford the fines to send the child to public school.

END_OF_DOCUMENT_TOKEN_TO_BE_REPLACED 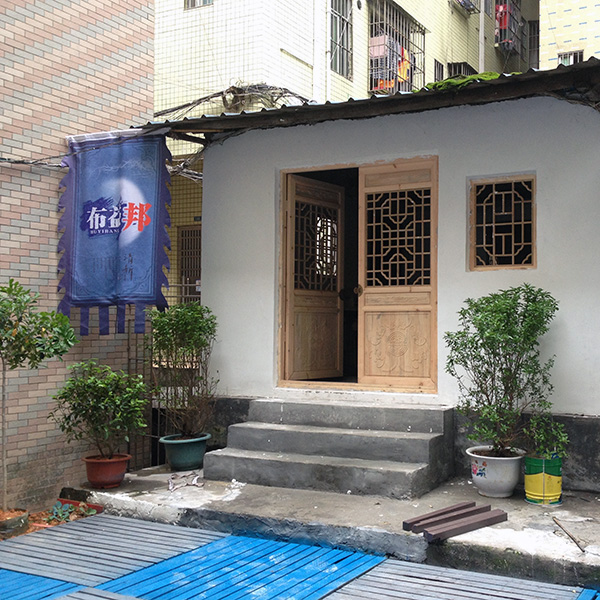 How many people actually live in Shenzhen? The numbers vary. Current Shenzhen Party Secretary Ma Xingrui says 20 million. However, the administrative population supposedly hovers at 18 million, while the city itself has never admitted to more than 15 million. Rough estimates suggest only 4 million people have Shenzhen hukou, another 8 million have permanent residency, and another 5-8 million “float” unofficially within the city

These statistics obscure how Shenzhen’s urban villages spatially organize these three administrative classes. For example, Shi’ao (石凹) Villagehas a local population of 4 to 500 people and a renter population of 20,000, making the ratio of local to renters residents 1:40. The ratio of local to renter populations in Baishizhou is an astonishing 1:77. Moreover, it is clear that renters–even floaters–aren’t actually leaving the city. Instead, they are finding newer (and often) narrower niches within the village.

Much like US American suburbs which manage inequality through distance, Shenzhen’s urban villages do the hard (and socially productive) work of managing inequality within the city. The majority of floaters and a large percentage of permanent residents live in the villages and tend to work in service and the semi- and informal economies, while hukou residents and wealthier permanent residents occupy “official” housing estates and tend to work in the formal economy.

END_OF_DOCUMENT_TOKEN_TO_BE_REPLACED

So hukou remains an ongoing problem. According to Dec 2012 Sanitation Bureau statistics, Shenzhen has a long term resident population of over 10 million and resident (hukou) population of 3.05 million. In order to bring some balance to the demographic, a 2014 regulation has dropped the education requirement from college graduate to associate’s degree. Apparently, they’ve also simplified the process.

The measures come about as both the rates of population growth AND turnover has slowed. It used to be that every Chinese New Year millions left, while after New Year a different batch of more millions returned. Now more and more temporary residents are making Shenzhen their primary home. These new migrants are different from earlier migrants in that they tend to be better educated, and have come to participate in Shenzhen’s new core industries–finance, logistics, culture, and high-tech, as well as the city’s strategic industries–bio-tech, internet, and alternative energy. So they are settling in and raising families without hukou.

In addition, the City’s second generation is starting to participate in Shenzhen society, and many are not actually legal residents. Along with new migrants, they are giving birth to the City’s third generation. In fact, there are so many children in the SEZ, the ongoing Shenzhen baby boom has become something of a marketing niche, despite the fact that young parents must return to their legal residence in order to receive subsidized neonatal care. In fact, Shenzhen has the highest birth rate in the country. The biggest economic beneficiaries of the boom are owners of homes with seats (学位) in the top schools. And real estate websites happily speculate (all puns intended) on the price of those houses over the next decade.

Inquiring minds want to know–what about the illegal floating population? And this is one of the interesting aspects of Shenzhen’s shifting demographic. As factory jobs have been moved elsewhere, we see a corresponding social restructuring–more white collar technocrats, fewer blue collar workers. At the same time, the City seems willing to formally claim these new migrants, even as requirements continue to exclude manual laborers, sanitation workers, and other low-end migrants from transferring their hukou to Shenzhen. Importantly, the social eugenics of this process dovetail with and reinforce the gentrification that the demolition of centrally located urban villages has brought about (Laying Siege to the Villages).

Dongguan is passing similar laws to manage its disproportionately large floating population, and one assumes its highly visible sex industry.

Here’s the rub: Cities and districts usually only release population statistics, even though the actual population is on record via individual precincts, which report their statistics to the District. In turn, reporting practices vary widely between districts, making it difficult to ascertain how many people actually live and work in a district, let alone in an urban village. END_OF_DOCUMENT_TOKEN_TO_BE_REPLACED

On August 3, following the Guangdong Provincial Government’s decision to initiate a point system to determine hukou eligibility, Shenzhen announced that an addition 4,600 household residences would be available for rural migrant workers. Shenzhen has been loosening its requirements for educated and skilled workers from other cities, but allowing rural workers to transfer hukou directly to Shenzhen (rather than first to another city and then to Shenzhen) is new.

I’m interested to see how these 4,600 migrant workers are chosen and a complete list of the point system. Older criteria included gender, age, level of education, hometown, and local sponsorship. The first major change was, of course, allowing individuals to apply themselves, rather than through a work unit. Also, I’ll be interested to see how marital status plays out in the allocation of these hukou. After all, if these hukou are given to married individuals then the actual number of new Shenzhen residents could be over 14,000 people.

And yet. All this counting of people seems oddly ineffective. In Shenzhen, the population continues to burgeon beyond all attempts at urban planning. I don’t think that giving hukou to (even) 14,000 people will change the reality that Shenzhen does not have enough hospitals, schools, and affordable housing because hukou figures woefully under represent the city’s population. Indeed, to the extent that social welfare benefits are based on hukou statistics, Shenzhen’s hukou system will continue to be a negotiation of radical inequality, rather than a way of distributing social justice.

That said,  hukou debates painfully remind me of immigration debates in the United States, where the point too often seems to be cutting up extant pies, rather than attempting new recipes. We all too often forget that simply because we don’t share the same citizenship status it doesn’t mean we live on different planets and therefore don’t need to be accountable to each other. Folks with or without Shenzhen hukou, like those with or without US green cards / citizenship, all breath the same air, drink the same water, and eat the fruits of one earth. The effects of decisions to pollute a stream or educate a child cross all sorts of boundaries. Sustainable justice begins when we acknowledge that our governments need to negotiate forms of connection (across all sorts of difference) rather than merely manage forms of exclusionary privilege.

[For those with a historical bent, it’s worth noting changing boundaries between inside and outside what counts as “Shenzhen”. In September 1995, one of Shenzhen’s reforms was establishing conditions for temporary residence in the “Special Zone”. The “Special Zone”  had only three districts (Luohu, Futian, and Nanshan) and did not include New Baoan County, which was still technically rural. At the time, the boundary between the Special Zone and the rest of China was a second border (二线) that was an internal border. The importance of the second border dissolved in 2003ish around the same time (2004) that the last of Baoan and Longgang Districts had been administratively urbanized and integrated into the Shenzhen Municipal Government.]