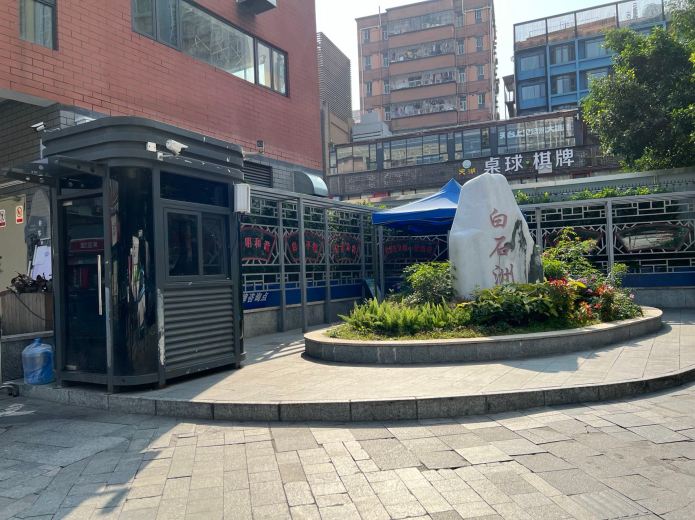 Most are aware that the area we once knew as “Baishizhou” was located north of Shennan Road, comprising four villages–Shangbaishi, Xiabaishi, Tangtou and Xintang. The neighborhood’s name derived from the “Baishizhou” subway station. In turn, the station was named for the historical Baishizhou, a mudflat or sandbank, which was located south of Shennan Road. Historically, our Baishizhou was a continuation of historic settlement patterns, while Baishizhou Village seems to have emerged more recently. Nevertheless, the demolition of our Baishizhou has led to the emergence of a new Baishizhou and this new Baishizhou has a telling (and frankly distressing) general layout. Below, I give a brief overview of the layout and then a brief history of the place name, Baishizhou. And yes, its more speculative than conclusive. Reader be warned.

END_OF_DOCUMENT_TOKEN_TO_BE_REPLACED 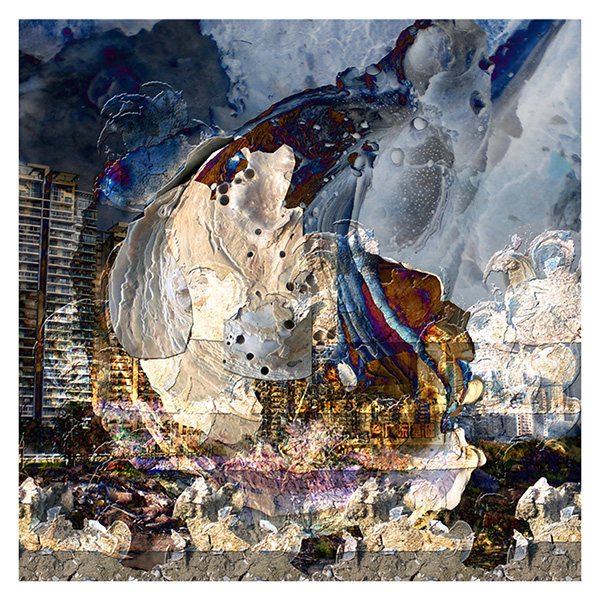 By 2003, the oyster farmers who worked the coastline that would be reclaimed as Ocean City were removed so that more coastline could be reclaimed. At the cusp of that transformation, I walked the coast that was still littered with oyster shells, sanpans, and poles that had been used for fishing nets. An old border tower stood, unused for years until it would be occupied by squatters after the next phase of reclamation.

END_OF_DOCUMENT_TOKEN_TO_BE_REPLACED 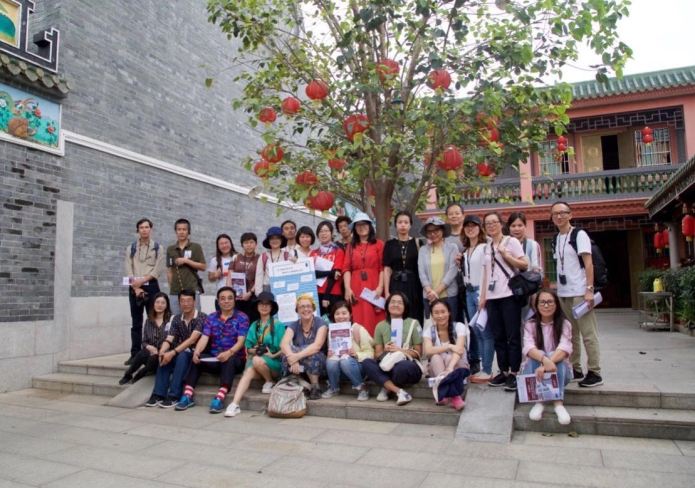 On May 25, 2019, Handshake 302 was honored to have Cheng Jian lead the fifth tour of Urban Flesh and Bones—Local Flavor: Shajing.

END_OF_DOCUMENT_TOKEN_TO_BE_REPLACED

If you’ve had the privilege of walking Old Shajing with anthropologist Cheng Jian (程建), you know that the Chens settled the area during the Southern Song (960-1127). You also know that the Chen family network stretched throughout Dongguan and Xin’an Counties and that when most of Xin’an was abandoned during the Qing Dynasty relocation order (迁海令1644—1661), significant sections of Shajing remained settled despite the fact that it fell squarely within an area controlled and/or influenced by Koxinga (an honorific from 國姓爺; pinyin: Guóxìngyé; Pe̍h-ōe-jī: Kok-sèng-iâ, his name was 郑成功). Clan members also received special dispensation that allowed them to travel into the coastal no-man’s land to harvest sea salt. That’s right: administrative borders, cross border exceptions, and concomitant territorial reorganization have a deep history in the area.

Map of coastal areas either occupied by (red) or under the influence of (orange) Koxinga.

END_OF_DOCUMENT_TOKEN_TO_BE_REPLACED

The last five stations of the line 11 metro provide insights into how township and village enterprises reshaped the Pearl River Delta.

Today I learned about cultivating oysters. I also visited Shajing, the town that oysters built even though oysters are no longer cultivated here. Instead the oyster babies are sent to Taishan where they are raised and returned to Shajing for processing. It’s almost like assembly manufacturing, except its agricultural production. END_OF_DOCUMENT_TOKEN_TO_BE_REPLACED 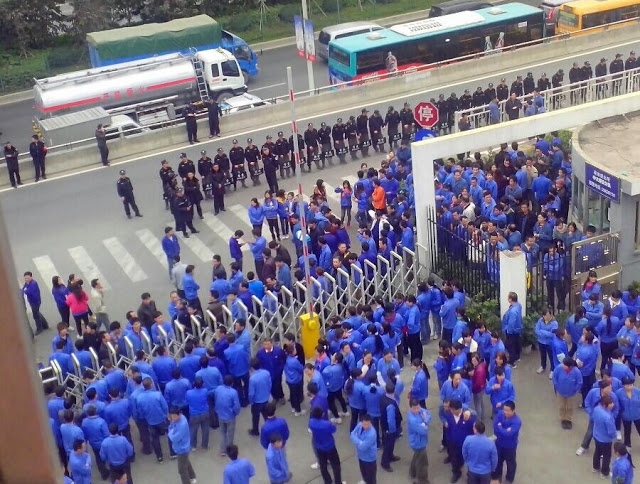 According to molihua dot org, 4,000 workers at the Zhongda Printing Factory went on strike on January 10, 2013 to protest the factory’s decision to discount all years of service. Years of service are essential to calculating pensions, with this decision, workers lost all accumulated time and benefits. Moreover, the company offered no compensation for the decision.The justification given was that the factory will be changing its name and so previous time will not be credited to the “new” company.

Today, the Epoch Times followed up this story with a report that the police had entered into the conflict, preventing striking workers from marching outside the compound.Video interviews, here.

The Shenzhen Police Department’s decision to prevent the protestors from marching to the Henggang government is simple: Zhongda’s decision to unfairly deny workers accumulated time and benefits does not seem to be an isolated case. On January 2, 2013, 3,000 workers at the Chongguang Electronics factory in Shajing struck for the same reason. According to the report, On January 10, they marched on the Shajing government to protest.

The Zhongda Printing factory is owned and operated by the Neway Group Holdings Ltd, a Hong Kong firm (香港中星集团).

Weibo reports that on the afternoon of April 8, 5-600 Wanfeng (万丰社区) community members/ villagers took to the street to protest Community Secretary and  Wanfeng Ltd CEO, Pan Qiang’en selling off collective lands for private profit. The protests began February 17, when 20-30 elder villagers gathered outside village offices and have continued until today.This afternoon, Epoch Times reported on the event, noting that villagers are calling for an accounting of the past twenty years. Currently, Wanfeng Community has an area of 6.8 sq km and a population of 2,067. Most are surnamed Pan. It is estimated that over 50,000 migrant workers also live in Wanfeng.

Yesterday, enjoyed a lovely walk and conversation with Sara, a young curator visiting from Canada. We took a bus to Fuyong, one of the Baoan precincts which abuts the old Guangshen highway and is now more commonly known as National Highway 107.  Guangshen / 107 is (in)famous for its factories, migrant workers, and more recently container dwellers, which have entered Shenzhen conversation as extreme examples of the SEZ’s cost of housing problems.

Sara’s interest in urban gardening brought us into conversation with Aunt Xu, who migrated from Fujian to live with her son in Lixinhu (Establish the New) Estates, a 90s era housing development located next to the Lixin Reservoir. Aunt Xu had come to live with her son and take care of her grandchild. But five or six years ago, the grandchild started school and no longer needed childcare. Aunt Xu abruptly had time on her hands. Uninterested in television programs and full of energy, Aunt Xu decided to cultivate peanuts on the banks of Lixin reservoir.  END_OF_DOCUMENT_TOKEN_TO_BE_REPLACED