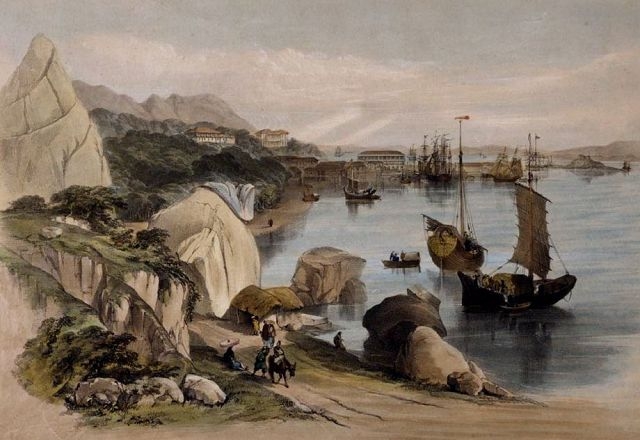 Its difficult when looking at a map of the proposed Belt and Road and not associate the maritime road with British colonialism, albeit in reverse and more than a century after the fact. But that’s what’s so distressing. When the British parliament dissolved the East India Company (EIC), it did not dismantle the systems of unjust and unjustifiable extraction that EIC had put in place over roughly four centuries of occupation, exploitation, and forced participation in the system. Instead, independence movements saw the rise of local elites who were determined to benefit from the system, justifying their profits with respect to local values and structures of oppression. In other words, it was never just the Brits, but also the Brits and their local running dogs (to use Mao Zedong’s felicitous phrase) and even after Independence, the dogs kept yapping, securing military support from the US and elsewhere (for the distressing tale of the fate of the Third World as a revolutionary ideal, check out The Darker Nations by Vijay Prashad).

The problem, of course, was that the profitability of the British system depended on opium; where would surplus profits (to fund industrialization, for example) come from without monopoly, forced labor, and addiction? Certainly, once India regained control of the Bihar plantations and China retook its ports, both countries were faced with the problem of “surpassing England and catching up with the United States” in the absence of captive markets and a drug monopoly to finance their industrial revolutions. And this may be why Europeans and US Americans fear the Belt and Road: if you’re not a running dog with Chinese characteristics, just what are your options in the new world dis/order (and yes, I’m looking at you, midwestern farmer)?

Map from an early analysis of Belt and Road, eurasia review.

Map of EIC trade routes from Nick Robins (2006) The Corporation that Changed the World: How the East India Company Shaped the Modern Multinational.