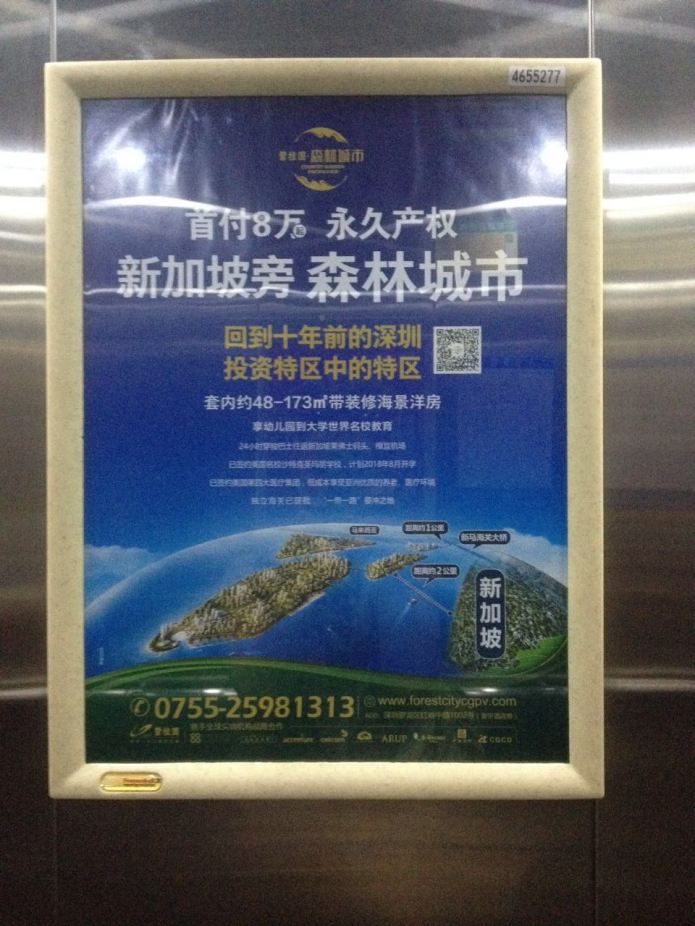 Just saw this poster advertising the opportunity to purchase a house on a small Malaysian island next to Singapore. The houses are relatively large and the agent is conveniently located in Shenzhen. The appeal? One can “[R]eturn to Shenzhen ten years ago, and invest in the Special Zone of a Special Zone.”

Here’s the rub. I saw this in an apartment complex in Dalang, at least twenty minutes from the nearest subway station. Everyone wants to by a house, and even places as relatively remote as Dalang are no longer viable options for migrants, even if they have a job, and even if they have savings.

On my way from said subway station to the elevator where this advert was posted, the cabby explained that since Lift (didi) and Uber had come to Shenzhen, it was no longer profitable to drive a cab. He planned on going back home to Jiangxi. When I mentioned that it seemed more and more people were leaving the city, he agreed, saying “there noticeably less people on the street.”