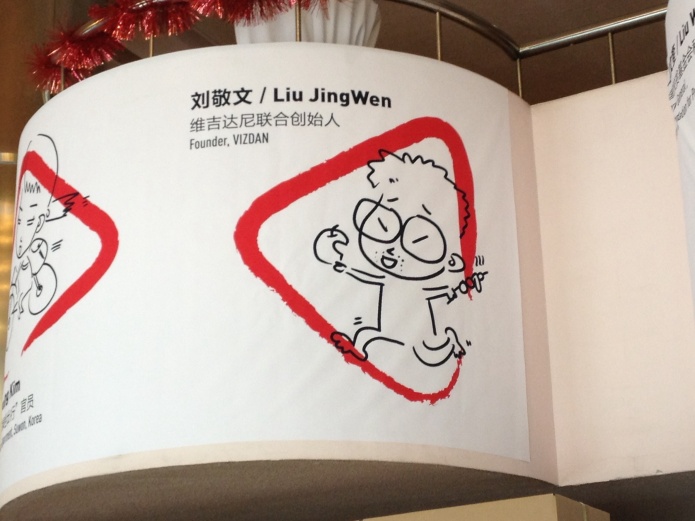 Several weeks ago, Shenzhen hosted the Maker Faire, bringing tech savvy makers together to explore, discuss and extend hardwire creativity and innovation. This past week, Beijing has hosted Social Innovation Week, bringing changemakers together to explore, discuss and extend social creativity and innovation. In Chinese one character separated the two events. The Shenzhen hosted 创客 or “maker guests” while in Beijing the guest list comprised 创变客 or “make change guests”.

Inquiring minds might paraphrase Gregory Bateson and ask: is this a difference that marks an important cultural difference between the two cities?

As in English, the Chinese shift from the vocabulary of “hacker” to “maker” has signaled the increasing respectability of the techno-nerds. The Chinese is even more explicit in this respect. To my knowledge, the earliest translation of “hacker” was 黑客, literally “black guest”. The term highlighted the outlaw romance of hacking at (at least) two levels. First the obvious 黑 which describes renegades and their possibly illegal activities as in the expressions “mafia (黑社会）”, “no hukou child (黑户)”, and “black heart (黑心)”. Second, 客 refers not only to guests in the modern sense of the term, but also clients in the medieval sense of the term, the dependents on a lord who would provide service in return for protection. Unlike, the English, however, the expression “changemaker” is more obviously related to the hacker movement because the word is made (!) by inserting the character 变 or change into the net-popularized expression 创客.

The more pertinent question, however, seems to be: Almost a decade after China began promoting creative industries, do the respective localizations of these two events tell us anything interesting about how Beijing and Shenzhen function within the Chinese cognitive mapping of creativity and innovation?

The pomp and circumstances of the two events did not differ radically–both were located in marginal spaces (Anhuili and Shekou, respectively) that are nevertheless within the city center, broadly defined. The demographic of the organizers was similar, with generations 80 and 90 running the show, and a shared emphasis on networking nationally and globally. The staging of talks was different. Beijing opted for TED style talks, with speakers having 15 minutes to share their projects. This was supplemented by round table discussions. In contrast, Shenzhen opted for more traditional keynotes, with salon style question and answer sessions.

The important difference seems to coalesce around funding sources and industry support. Beijing garnered support from not-for-profits and international foundations. In contrast, Shenzhen had industry support, generally through China Merchants, which is rebranding Shekou and specifically through Shenzhen based companies and international think tanks that focus on techno innovation. In other words, while young people of both cities deployed creativity to claim a space for and to legitimate the status of Generations 80 and 90, the Beijing event constituted itself with respect to society broadly defined, while Shenzhen defined society with respect to entrepreneurship narrowly defined.

Impressions from opening events, below.