Anyway, I’ve been thinking about why the quarantine in Shenzhen has been so smooth and this is what I’ve come up with: the state is using its anti-terrorist infrastructure to control population movement and combat the spread 2019-nCoV.

Of course, I have no evidence that this is what’s happening, just my experience on the metro and in my housing estate. So it’s all speculation. But here’s why I think what I think:

On January 27, the last day that I rode the metro, a traveller and his suitcase were not permitted to enter the station because he wasn’t wearing a breathing mask. These checkpoints had been set up for the 2011 Universidade, decommissioned for a while, and then reactivated after the Xinjiang crisis crossed borders into Yunnan during the 2014 Kunming attack. On the metro, the tv screens looped four clips from the national anti-terrorism animation. The antagonist of all four animated videos was a middle-eastern man (recognizable by his thick mustache), wearing a black baseball cap, black jacket, black sunglasses, and black pants. In some of the scenes, the theme from the Pink Panther plays in the background. Now the metro could have looped public health videos. But on that day, just four days after the Wuhan lockdown, the Shenzhen metro system kept referencing anti-terrorism.

In Shenzhen, we are not quarantined as in other parts of the country, but we are nevertheless isolated from each other. In my compound, when we leave and return our temperature is checked; no one else is allowed in. The thermometers are shaped like small guns and held to the center of our foreheads. I first encountered this technology at the Shenzhen-Hong Kong bordering during the SARS crisis, when Hong Kong border guards stopped me every time I entered and exited the territory. Today, images of people in military uniforms checking the temperature of civilians continue to reinforce the symbolic connection between battling a disease and going to war, even as there are reports of Hong Kong vigilantes setting up their own thermometer checkpoints to prevent Chinese people from entering the city. 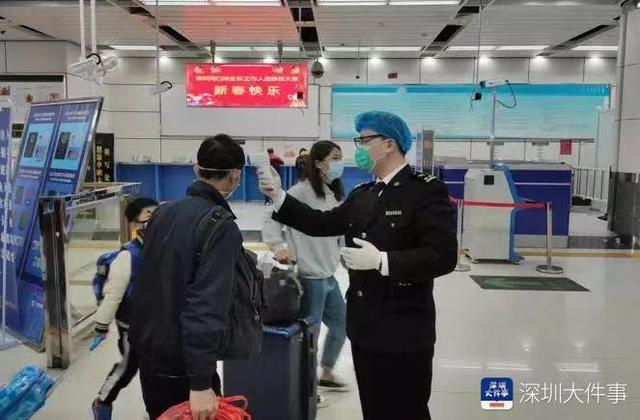 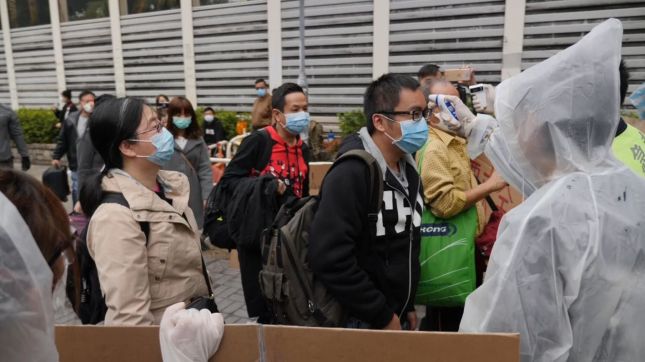 I’m not sure how many of these population controls will remain in place after the crisis passes, but I do know that the shift from SARS to 2019-nCoV doesn’t seem to have been one of metaphor but subject and objective. We’re still fighting a war against disease. However, during SARS, doctors and nurses were figured as heroes on the frontline of research, fighting to protect the population by identifying the cause of the disease. In contrast, this time round, border guards and even military personal are identifying carriers as the threat; the frontline is no longer disease, but human bodies. What’s more, the paranoia that seems to infuse anti-terrorism policies (both here and abroad) has taken the form of the assumption that everyone is a potential threat, justifying racism and extreme quarantines, even as we forget what’s still happening in actual Xinjiang.

7 thoughts on “are we all living in xinjiang?”