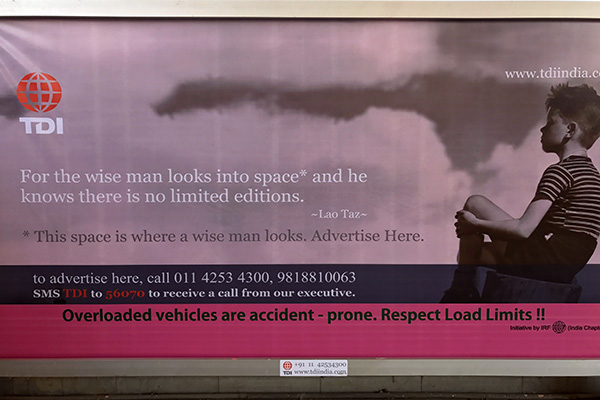 If Cyber City housed the National Capital Region’s elites and their high-culture status, the city’s middling aspirations have taken root just outside the northern edge of Old Delhi. On our final morning of field research, we traced the stubborn history of Delhi’s entrepreneurs on its first metro line. Older metro routes to get people, revolts against it. Placed on broad roads and convenient for construction. With changing technology and demands for metro they are taken tracks and station to people. So more risks in terms of construction. Cut through neighborhoods to build tracks. Red and yellow were first. To get away from politics of naming got exceptions to archaeological laws, land acquisition laws. Making money through real estate. 2010 women only. Indeed, the stations of the metro not only offer a sociology of the living city, but also comprise a catalogue of shifting allegiances, reminding us that Southasia stretches northwest from the capital region into Bangladesh and Afghanistan, hinting at the deep trade networks that once sutured the ancient civilizations of Eurasia and their redeployment toward the adhoc construction of the modern nation state, as well as the ways in which regional histories and cultures meet like opposing currents, creating whirlpools. Most often the whirlpools of everyday life are very small, like when a bathtub drains. But sometimes, maelstroms form and when the wind calms, the survivors wash ashore in another world.

We stopped first at Pul Bangash (literally “bridge of Bangash”), which was named after Muhammad Khan Bangash, the first Nawab of Farrukhabad and built over one of the branches of the Ali Mardan canal. The Bangash were a tribe from east Afghanistan, and Muhammad Khan was allied with the Mughal emperor emperor Farrukhsiyar and his successor Muhammad Shah “Rangila”. Neither the bridge nor the canal remain, but 0.2 kilometers from the station is the Mutiny Memorial that was built to commemorate the British soldiers who lost their lives in the Indian Rebellion of 1857. In 1972, the Indian government celebrated the 25th anniversary of national independence by renaming the memorial, Ajitgarh which means ‘Place of the Unvanquished.’ Just in case it was unclear that statuses had changed, the government also erected a plaque stating that the ‘enemy’ mentioned on the memorials were in fact ‘immortal martyrs for Indian freedom’. Unsurprisingly, the British designed the memorial to stand slightly higher than the Pillar of Ashoka which is located 200 meters away.

The next station was Kohat were again colonial and nationalist histories have been embodied in the structures and feelings of everyday life. In 1947, the division of British India into the Dominion of India and the Dominion of Pakistan erupted in riots and violence and betrayals as families and individuals fled from their homes to newly established states. These forced dismemberments and ad-hoc insertions were based on Hindu or Muslim majorities, manufacturing Franken-religions by grafting new realities to embedded societies. Punjab and Pakistan refugees settled in the area around Kohat, where Nehru visited them, supposedly telling them something along the lines of “we gave you land, what you do with it is up to you.” And they did make do, pushing their children hard to succeed, rising to the top of Dehli society, and enjoying a culture of conspicuous consumption. As we stood on the metro platform and looked out across the dense settlement, which comprises entrepreneurial acumen and low cultural status, Deng Xiaoping’s instructions to Shenzhen’s earliest pioneers ran through my head, “The central government has no money [so you’re on your own], cut open a path of blood.”

We left the metro at Rohini West, one of three subway stations serving the Delhi Development Authority’s eponymous sub city project. Rohini was planned to accommodate one million people and near the metro station five malls have been built in the past seven years. Here’s the rub. These malls aim to attract nearby residents who don’t come because they are middle class and aspire to the lives sold in higher end malls (like Cyber City) or central areas (like Connaught Place). What’s more, the success of the metro in connecting once disparate areas of the city means that residents can jump on a train and access the city’s higher status areas. Meanwhile, the malls decline, repurposing themselves as banquet halls and offering associated services.

Delhi’s first metro line ends just beyond Rohini next to a sewage treatment plant. The form of this edge is familiar if not its precise expression. Before the red line was completed, this section of the city was peri-urban with enough open space to consider large-scale masterplanning and sanitation infrastructure. Now that the land has become relatively valuable, the sewage treatment plant presents the government and real estate developers with difficult investment decisions. After all, anyone who will be able to afford upscale housing prices isn’t going to install their child in a building next to a sewage plant. So we return to the most pressing questions of the Franken-City: who will take responsibility for our monstrously out of control science and technology? Whose suffering and death redeems our debt to the Franken-City?

On March 25, 2018 another one of those arbitrary but not random events occurred, confirming that all critique actually is immanent in the structures of everyday life. That day the banner headline of the millenniumpost was “Lalu gets his toughest jail term yet: 14 years in 4th fodder case.”

I had to google ‘Lalu’ and ‘fodder’ in order to catch the gist of the corruption scandal. It turns out that Lalu Prasad Yadav is a politician from Bihar, which is located in eastern India, just south of Nepal. On the face of it (and my knowledge of Bihar is limited), the story sounds seems all too familiar. In 1991, India began liberalizing its economy with an eye to becoming a major player in the world economy. On the ground, this meant that local politicians had to take advantage of what was at hand to get on the global gravy chain. Lalu, his wife, and their cronies governed India’s 13th largest state in terms of total area, but its third most populated. Moreover, the overwhelming majority of this population lived in rural areas. This meant that the means for getting ahead involved agriculture and animal husbandry. Lalu and crew fabricated “herds of fictitious livestock” for which they purchased fodder, medicines and and equipment. While Lalu was Chief Minister of Bihar (1990-1997), the scam facilitated the embezzlement of some 9.4 billion rupees (US$520 in 2017 dollars) from the Bihar state treasury.

Once upon a time, however, Bihar was home to India’s first empire, the Maurya and the birthplace of Buddhism. I had been thinking about India and Buddhism not only because one of our Chinese colleagues, Professor Deng is an anthropologist interested in religious symbolism, but also because there are monkey troupes living throughout Delh’s park. Each time I excitedly said, “monkeys!” one of our hosts would complain that they (the monkeys) were bad tempered, stole food, and even threw feces at people! Given how little space urbanization has left for them to enjoy the simian life, it stands to reason that the other primates would be unhappy with us.

These encounters with monkeys had me free associating in another international direction and taking a Journey to the West with the Monkey King. The ostensive background to the novel is the monk Xuanzang’s sojourn in India to secure better translations of Buddhist sutras. In this fictive account, the monk Tang Sanzang is the protagonist. However, the star of the story is Tang Sanzang’s most intelligent disciple, the Monkey King. Every day, the Monkey King is either saving the monk from certain death and destruction or having a fine time wreaking havoc. Xuanzang constantly reprimands him for misbehaving. Eventually Guanyin places a gold ring on the Monkey King’s head. When Tang Sanzang chants the Ring Tightening Mantra, the Monkey King gets unbearable headaches and stops whatever he had been up to.

Journey to the West is clearly a buddhist allegory about learning to control our monkey-mind and enter Nirvana. Like Frankenstein’s monster the monkeys are simultaneously stronger and less articulate than we are, symbolically embodying our lesser selves. In Journey to the West, however, chanting and religious belief help control the effects of this lesser self, which when tamed becomes a force for good. In contrast, in Mary Shelley’s world each time it there are no means short of destruction to control the effects of mad science.

And there it is. When the monster faces Frankenstein, he pleads for a wife because loneliness is the greatest burden. Indeed, it is his loneliness that makes him human-like, if not fully human. If we return to the monster’s making and abandonment, we discover cold and darkness and fear and hunger. Once he found a home amongst the cottagers, he made due with berries and companionship. The monster demands that Frankenstein create him a wife because the “interchange of sympathies” is necessary for his being. Being inconsistent, Frankenstein first promises to make a wife for the monster and then destroys his work before she is animated, once again leaving the monster alone. The fate of the maker and his creation is sealed: “I will see you on your wedding night,” the monster promises and Frankenstein decides to do everything in his power to save Elizabeth.

Standing on the platform of Delhi’s red line, which has inscribed living history in iron tracks, it suddenly feels as if we children of modernity are always already standing at the end of the line, looking out at raw sewage. We’ve passed through colonial occupation and arrived at master planned communities via the brutal establishment of the nation state. We feel the suction of the city center pulling in fresh blood from its hinterlands and spitting out desiccated bodies along its transportation lines. We set up security gates and punish students who speak truth to power. We arrest the odd politician for corruption that doesn’t really surprise us because, well, the point is to get rich and live behind fortified walls and hire trainers and cooks and have unlimited access to the best possible flesh. And despite our inability to discern the totality of the Franken-City, nevertheless our creation looms and roars. Where, it asks, is our compassion for the creatures of our arrogance?