Those of you who have been following Shenzhen media are aware that Hubei Ancient Village (湖贝古村) has become a touchstone in debates about historic preservation, pubic participation in establishing urban planning values and goals, and the place of “life (生活)” in high-end rent districts.

The debate revolves around the historical status and cultural value of Hubei Ancient Village, an area adjacent to the Luohu Culture Park and about 1,800 sq meters in size. According to the Shenzhen University School of Architecture, the area matters less for the overall quality of its buildings as it does for its layout and the different eras that are represented within. The layout is a typical Cantonese village with three vertical roads and eight horizontal roads (see map above). In addition, sections of the village date from each of the past four eras–Late Qing, Republican, Maoist, and Reform and Opening.

Public interest in Hubei and the Luohu Government’s and China Resources receptivity to the idea of finding an alternative redevelopment plan hinges on the emerging (and viable) social position that Shenzhen does have a history worth commemorating. This marks an important shift in Shenzhen ideology, which used to deny the city’s history. Importantly, although the preservation call was made by architecture and urban planning professionals, nevertheless it was quickly picked up by artists and second generation Shenzheners, the so-called Shen 2s who have friendships that cross first-generation boundaries.

There are also voices for maintaining Hubei’s status as an urban village. Elsewhere in the world, anti-redevelopment forces oppose “gentrification,” however, in Shenzhen the oppositional keyword is “right to living (有生活的权利).” Everyone involved in the historic preservation debate also realizes that if historic preservation is too costly, then those who live in and have livelihoods in the village will loose their right to make a living in downtown Shenzhen. This strand of opposition, which is not simply interested in historic preservation, but also in social preservation (rather than “equity” issues) is not as strong, but present enough that preservation plans include limited discussion of what to do about renters.

At the moment thinking about Hubei, I’m interested in the way that urban space provides the structure for the emerging story of Shenzhen identity.

First, history has been rediscovered at the geographical epicenter of reform–people are still interested in the Special Zone, although this interest is expanding to include other sites. For the first 30-odd years of Shenzhen’s existence, the idea of a “cultural desert (文化沙漠)” justified reform by denying that the area had culture. Elsewhere, historic preservation happened despite the prevailing idea that Shenzhen had no culture. The relatively dismissive reception of Tianhou Temple in Chiwan, Nantou, and Dapeng Garrison all exemplify this early ideology.

Third, the cultural forms of identity are associated with low-income migrants, many of whom are from Chaozhou, which in turn has led to speculation about whether or not “Shenzhen culture” can adopt cultural forms from elsewhere. Interestingly, like the urban morphology of Hubei Ancient Village itself, despite the fact that working class lives are highly urban, nevertheless the traditions and customs practiced by migrants are coded in larger discourse as “rural.” So yes, the preservation of history, lifeways, and customs in Hubei ruralize low-income residents with respect to Shenzhen, which always already urban.

Below, the images of daily living in Hubei are from Hongfei, a Shenzhen-based street photographer whose website (红飞 －图虫摄影网) offers wonderful images of everyday life–and makes the implicit argument that these lives matter–in the PRD. 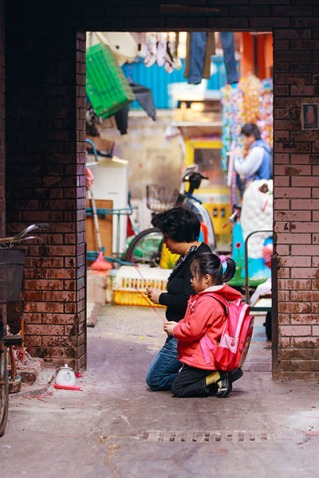 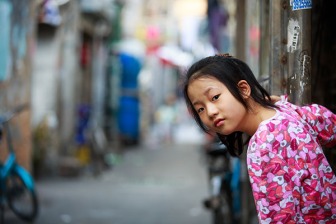 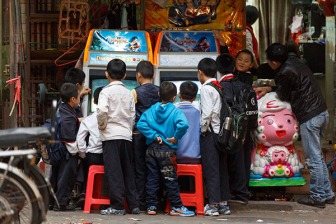 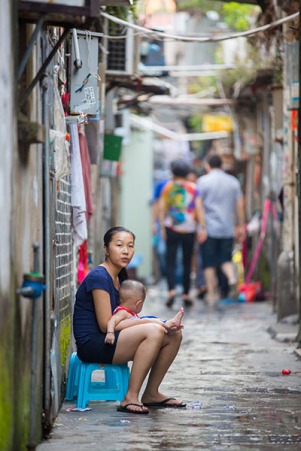 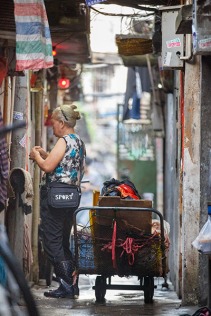