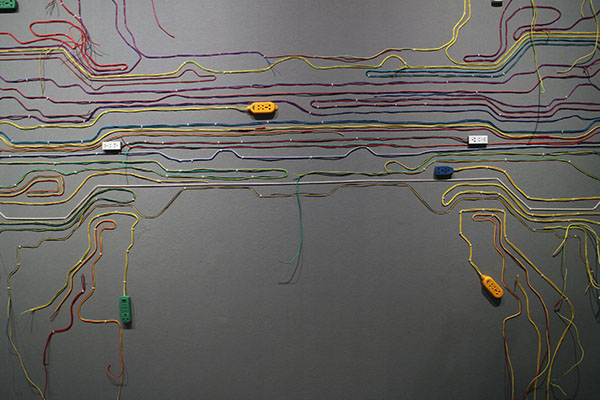 One would think, and one would not be wrong, that I spend much time thinking about urban villages and glass towers, or the differences between informal and formal settlements. That said, however, it is probably more to the point is that semi-formality allows Shenzhen to function as well as it does.

“Semi-formality,” Mehran Kamrava argues in his analysis of The Politics of Weak Control: State Capacity and Economic Informality in the Middle East,

Is not simply the result of entrepreneurs’ natural impulse to evade state regulations. It is, more fundamentally, a function of the state’s own limited capacities to fulfill the regulative tasks it sets for itself. The state’s uneven enforcement of regulative policies—uneven over time or in relation to different economic actors—allows nonstate economic actors, whether overwhelmingly in the formal sector or in the informal sector of the economy, to slip in and out of semi-formality.

Usually, semi-formality is discussed with respect to “weak” states and their “strong” societies. In his discussion, for example, Kamrava emphasizes that it is difficult to speak of a semi-formal sector, but rather that borders between the formal and informal sectors of the economy are porous, allowing for actors to easily move between formality and informality. This movement, or rather the ability to move between state regulated and unregulated sectors of the economy constitutes the vitality and relative stability of otherwise precarious state systems. Indeed, the reluctance of many developing states to regulate the informal sectors of their economies may be the practical recognition that this movement between formality and informality is itself a necessary adaptation to the vagaries and inequalities of the globalization, especially in rentier states (more below).

Kamrava explains that historically, Mid-eastern states adopted policies with an eye to fostering infrastructural development at the national level, which in turn was measured by economic indices. To achieve these economic goals, the state entered into corporatist arrangements with labor unions, landed classes, and religious groups. Left out of this formulation were petit bourgeois traders and others with similarly informal means of economic production, allowing for relative autonomy from the state, even during the height of socialist experiments in the 1950s and the 1960s. In recent years, this has produced economic opportunities and relatively independent actors who simultaneously rely both on state infrastructure and capacities, while producing outside the state system, where the lack of regulation creates competitive advantage.

In Shenzhen, we see a similar–semi-formal–movement between formal institutions (the electrical grid and shipping, for example) and informal production (in urban villages and transitional industrial spaces). Informal manufacturers have relied on formal institutions in order trade and sell in international markets. The semi-formal movements between independent (and shanzhai) producers in Huaqiangbei to markets in Africa, the Middle East, and much of southeast Asia being a most obvious example.

In fact, this weekend, officials, entrepreneurs, and scholars will be meeting in Huaqiangbei to talk about “adjusting” or not the ratio of formal and informal business in the district. For the past two decades, Shenzhen Municipality has taken a keep one eye open, keep one eye closed attitude electronics production. The result, as many know, has been the emergence of formal Chinese brands–Meizu and Xiaomi, for example. For many leaders, this transition from shanzhai to formality is a movement toward respectability. From the point of view of informal production, it is also a movement toward regulation and paying taxes, making these brands less competitive than they were even a year ago.

Inquiring minds want to know: just how much formality can Shenzhen afford? And that’s a question, many are trying to answer as the city increasingly presents itself as a WTO poster child for creativity and development…

2 thoughts on “semi-formality in shenzhen”