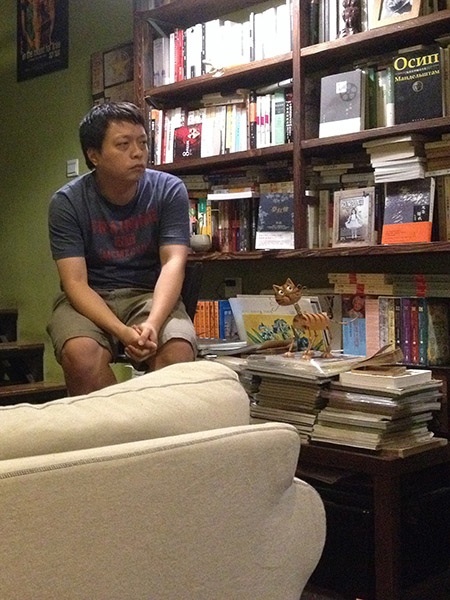 We hear stories of forced evictions and demolitions from Meizhou. These simple and brutal stories of State violence in order to dispossess peasants of their traditional landholdings sound all too familiar. The enemy is fast, omnipresent, and faceless, found in whispered rumors and chronic anxiety. The peasants’ furious screams and disjointed protests do not clarify the situation, but instead seem to work against them, further alienating them from urbane cool and ironic discourse.

Consider, for example, the tale of a 70+ grandma who had refused to sign over her land rights and sell her home. She occupied her home to protect her home. However, one day she needed to go shopping for a few everyday necessities because there was no one at home to help her. Less than an hour later when she returned home, “they” had already demolished her house. She had nowhere to go and nothing to bring with her. One can only imagine what she feels watching bulldozers raze the material conditions of her life. Suddenly, she is stripped to existential despair and helplessness in the face of relentless progress.

Yesterday I attended a screening of ongoing documentation of the situation in Meizhou. The salon was hosted by Shi Jie (in photo), a young documentary filmmaker currently based in Shenzhen. He has been documenting naratives of ongoing dispossession, bearing witness to the injustice of rural urbanization and concomitant suffering. First story online (in Hakka with Chinese subtitles). Shi Jie held the salon to discuss strategies to create solidarity between Shenzhen youth–especially young Hakka migrants–and the Meizhou peasants.

The conversation brought up three issues: (1) the need for peasants to articulate their demands in a more “urban” language, such as historic preservation or environmental conservation because the story of forced evictions and land dispossession was too common to become a media focus; (2) the need for the film makers to map the competing interests, including government dependence on land sales to meet their budget, the leading developers and the scale of investment;and (3) the need for the film makers to state their aims clearly, who was their intended audience and to what end?

Shijie’s savvy use of social media notwithstanding it is apparent that the heart of his effort is small, local and face-to-face interactions where he raises a fourth issue: how might those of us in Shenzhen is how to ameliorate an untenable situation?

2 thoughts on “razing homelands (in meizhou), claiming history (in shenzhen)”