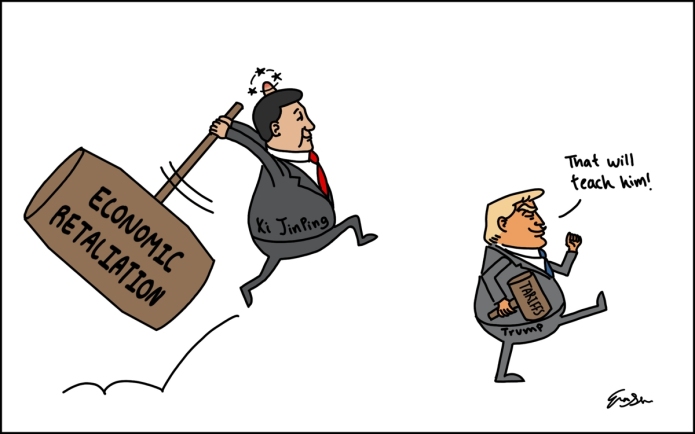 I’ve just returned from time in North Carolina and what have I learned? In addition to realizing that Donald Trump and Xi Jinping both have distinctive and easily mocked hairstyles, I also learned that ordinary US Americans are as worried about the trade war as are ordinary Chinese citizens. Indeed, in both countries I’ve been advised to invest my money “over there.” Chinese friends encourage me to take the money and run back to a US bank, while American friends tried to convince me to invest more in the Chinese stock market. In both Shenzhen and NC, there is a sense of frustration and defeat over the antics of leaders who are not leading, but rather seem to be wandering aimless instead of dealing with real problems and the well-being of ordinary people.