On Sunday, June 9, visiting artist Huang Yingxue presented her work Train Ticket at Handshake 302. The idea behind Train Ticket was simple, but profound. Yingxue printed train tickets for Baishizhou, leaving empty time and place of departure. She then asked Baishizhou shopkeepers and residents to fill in the ticket with their hometown and date of arrival in Baishizhou. The ticket was then photographed in a relevant environment. One ticket was photographed in a shoe shop and another at a watermelon stand.

As can be expected, each of these tickets was in fact a place marker for the hundreds of thousands of stories that comprise Baishizhou. These stories all begin in childhood. Yingxue was a child in Baishizhou  and most of her interlocutors grew up in towns and villages elsewhere. Of course, for this project many of Yingxue’s most eager “volunteers” were children growing up in Baishizhou today.

As she walked the streets and alleys of Baishizhou, Yingxue rediscovered Baishizhou. What was striking is that the everyday in Baishizhou was a map of corporeal need. There was cheap and delicious food, small clinics, clothing stores, and sex shops. Indeed, Baishizhou relentlessly reminds us that we need to take care of our bodies. The most common form of architecture in Baishizhou, for example, is the handshake building where thousands of young professionals, working class families, and school children rest after a hard days work.

This is perhaps the visceral insight of Train Ticket; as bodies move from that village to Baishizhou, the city itself changes. Migrants have built Shenzhen and migrants continue to contribute to the city’s success. In Baishizhou, we not only see how much work goes into keeping a body healthy and happy, but also the sacrifices that our bodies make when we leave home and start over someplace else. 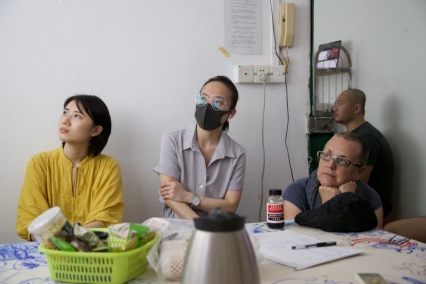 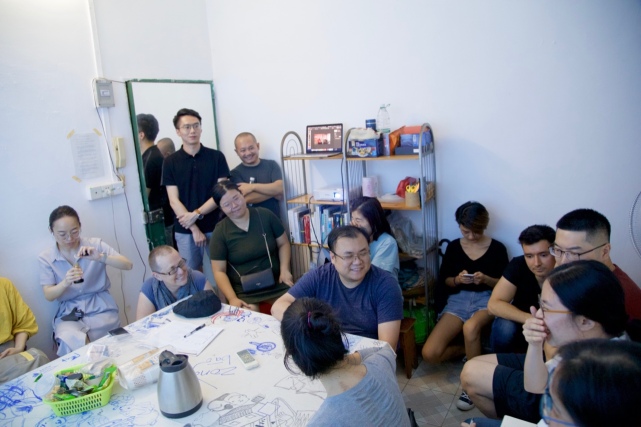