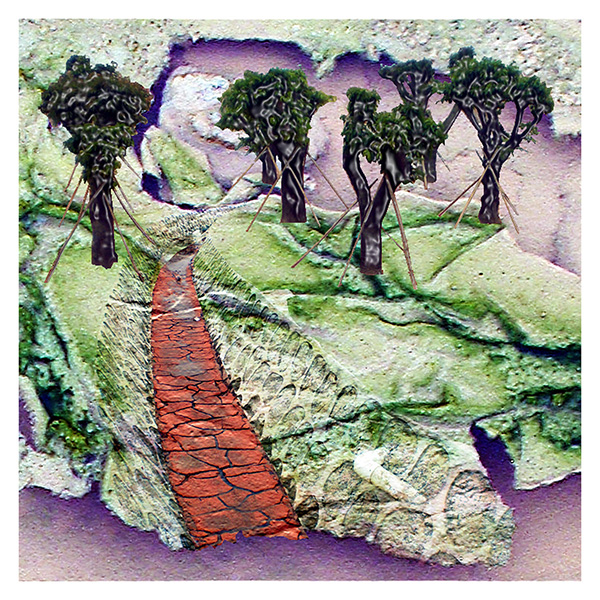 When Shenzhen moved mountains to fill the sea (移山填海), fish and mollusks, oysters and shrimp–all were buried alive.

I ruminate over the ways in which mountains and water appear and disappear in language and place. The expression for landscape painting, for example, is “mountain and water” paintings, while for years, I thought the expression for “land reclamation was “move mountains and fill the sea,” when in fact, that was only a description of how a section of Shenzhen Bay was reclaimed.

Before the “Antuo Hill Renovation Project” was started in 1997, for example, the mountain was roughly 200 meters high. As large-scale blasting and excavation of earth and stone works began, trucks hauled earth and stone to the coast, where it became the foundation for the construction of future urbanization, including the Binhai Expressway, Nanshan Culture Area (Houhai), Western Corridor Bridge, and Qianhai Logistics Park. More than 30 million cubic meters of earth and stone were transported from Antuo Hill, and Antuo Hill was 80 meters shorter than it had been. In 2013, Futian District began planning and designing  the Antuo Hill Museum Park, making the hill a cultural landmark. 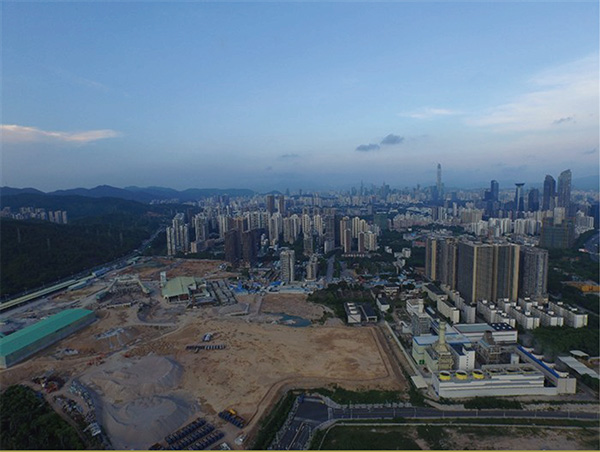 I first went to the quarry in 1997, when it opened. I didn’t have a digital camera and ended up taking fuzzy snapshots of a scene I didn’t understand. I remember the OCT highrises–the ones next to the old coastline–stood proudly against blue sky

Even before the trees appeared in reclaimed fish ponds and oyster beds, I used to walk the coastline from Shenzhen University, heading south along Nanhai Road. Images from a walk from Shenzhen University to the Houhai land reclamation area that I took on June 22, 2003 give a sense of the coastline under reconstruction. The real estate project is the City Image development, which is located directly west of Coastal City, once you cross Nanhai Road via the (now dated) sci-fi-esque pedestrian overpass. The already filled in area would become Coastal City and the area of architectural waste and displaced earth would become the Korean and Poly Malls.

A mere four years later, May 29, 2007 actually, and–in a manner of speaking–the area was already being landscaped.

All this to say, the image that became “Almost like yellow brick roads” was taken in the western area landfill, just behind coastal city, where the Shenzhen Bay Stadium now stands. The land itself most likely came from either Antuo Hill or Liuxiandong. And while waiting for the ground to settle, the area was used as a nursery for the trees that were used for many nearby projects, such as the City Image development because the point–mishandled and mismanaged and more often than not misguided–nevertheless, the point and the euphoria it caused was always to find our way home. 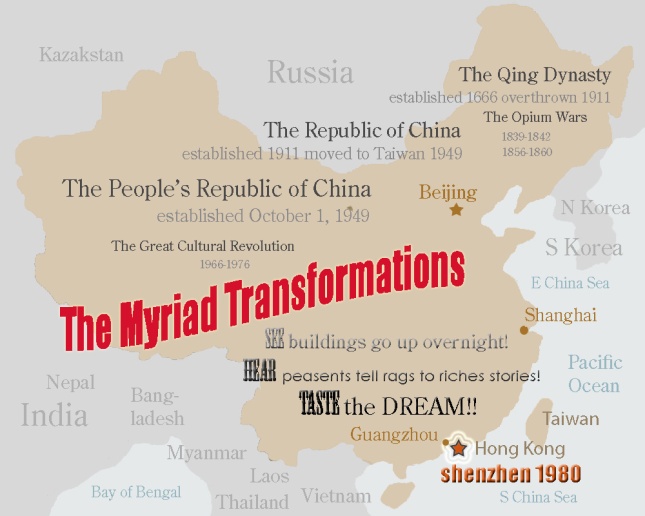 One thought on “SZ8X80202//The Myriad Transformations//City on the Fill: Almost like Yellow Brick Roads”