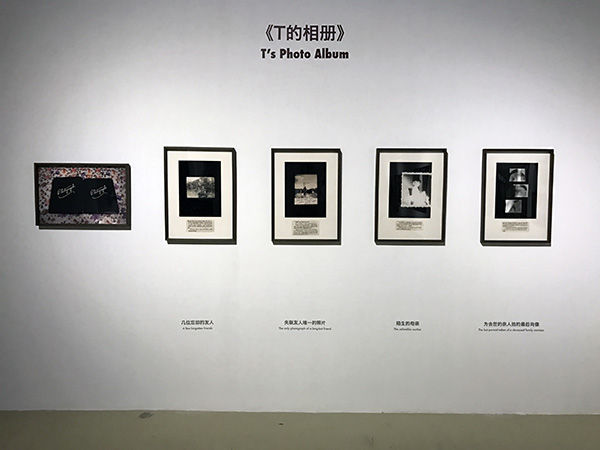 I’ve been thinking about memory and how narrative turns what we think happened into something we can use to change what we think might happen, which in turn had me remembering bits and pieces of Four Quartets, TS Eliot’s wonderful meditation on time and its meaning, time as a fundamental yearning to be complete despite transience, impermanence, this movement, this quickening which is also movement toward death:

Only in time; but that which is only living

A sense of memory as a door to desolation, as revisiting childhood nightmare’s and recognizing these hallucinatory landscapes as true and as necessarily true because we no longer have access to what actually happened permeates Cao Shu’s (曹澍) video installation “Corner of the Park: Prologue (公园一角：序).”  It is a beautiful piece that requires repeated viewing from multiple positions to take in. Individual elements suggest how we excavate memories in order to prove our existence; a baby, a man, a skull appear in different scenes, teeth chattering. Does this mean they represent three stages of life? Or is it the case that the act of excavating memory creates these unrecognizable landscapes where baboons are caged and the closet of memory is empty?

The curators of Fiction Art (小说艺术) Fang Lihua, Li Rongwei and Gong Linlin (方立华、李荣蔚、宫林林) have gathered pieces like “Corner” that are “anti-spectacle, anti-rapid consumption exhibition, one which demands a ‘slow pace’ that is out of step with the times,” implicitly framing the exhibition as an antidote to Shenzhen Speed. Indeed, each of the ten pieces in Fiction Art force a second look with respect to an accompanying text; nothing has a straight-forward meaning, but instead slip-slides into indeterminate intertextuality that points to an intransigent truth. Consider, for example, how Cheng Tong’s (陈侗) “National Highway 319 (319国道)” approaches the question of memory.

Cheng Tong chose Highway 319 because the tree-lined road links the city of Changsha to his hometown of Ningxiang. The work comprises seven differently sized screens that show seven videos of different lengths. On two screens, we watch the female and male protagonist riding in the backseats of different cars, each with a different companion. Close-ups of their faces loop on two of the smaller screens and images of views from the car windows  loop on the other three screens. Although they travel the same road and see the same views, their reactions suggest that some undisclosed memory structures their journey. As in “Corner of the Park: Prologue,” “National Highway 319” compulsively returns to an unapproachable origin, which transmutes into anxiety the longer one engages the piece. And, of course that’s the point. The only way it is possible to avoid the hum of discontent that infuses “National Highway 319” is to walk past quickly. Shenzhen Speed, it would seem is only bearable because we keep moving. When we pause to understand our origins, we discover–and perhaps for the first time feel–the pulsing absence where another life might have been born.

Feng Feng’s (冯峰) “There’s a Girl Named Paris (有一个女孩叫巴黎)” worries this empty place. “Paris” has two parts: a mother’s story and 13 sketches of her daughter, Paris and a series of notes about the one child policy. The mother’s story about her daughter is a straight-forward fabrication just as the notes about the one-child policy are unambiguously accurate. These seemingly incommensurate narrative forms both appear in the drawings, which are realistic sketches of a child who never existed. The conventional realism of the portraits makes it is easy to suspend disbelief and assume that a child must have modeled for these images, even as the text continuously denies her existence. ‘This missing child’ is not only a place-holder for the children who were not conceived as a result of family planning policies, but also a lament for the fact that children grow up; even if Paris had been born, we could not keep her young. All that ever remains of our young (and own youth, for that matter) are these postcards from a place as fictional as any memory.

Shi Zhenhao’s (史镇豪) “The Lover (情人)” is in critical dialogue with “Paris.” Where Feng Feng made ‘real’ a non-existent child, Shi Zhenhao explores the impossibility of representing real women, linking the stories of Ho Chi Minh’s unrecognized Cantonese wife Zeng Xueming, who was a midwife during the early Republican Era and her own mother, a young accountant during the early days of Reform and Opening. Shi Zhenhao’s focus on women makes explicit the vanishing that is not only at the heart of memory, but also a result of domestic structures; it is not some abstract human inability to re-member the past that creates an absence where her mother and Zeng Xueming should be, but rather social roles themselves function as empty silouettes, that structure the blindspots of memory. 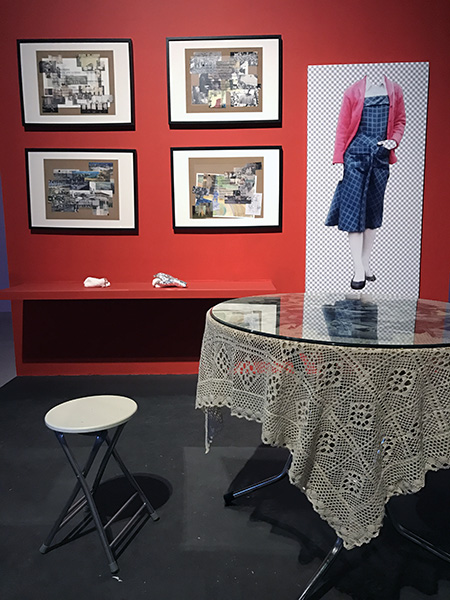 As China celebrates the fortieth anniversary of Reform and Opening and Shenzhen gears up to celebrate its fortieth birthday, Fiction Art begs a question proper to mid life and its crises; where did I come from? Our existential predicament arrises not because of where we are. It’s a good time to be in Shenzhen. But rather, as we seek to understand where we started, we discover a nets-to-riches fish story that implodes upon further inspection. What’s more, our anxiety grows as we realize there’s no definitive origin, just better approximations of what might pass as truth.

The Fiction Art (小说艺术) exhibition which is up at the OCAT Contemporary Art Terminal until August 12, 2018.