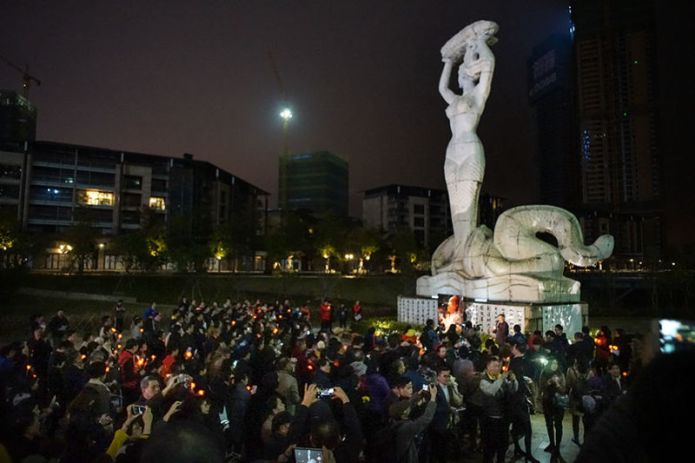 Yesterday morning, the Shekou Community Welfare Fund received word that Yuan Geng, former CEO of China Merchants Shekou had passed. They immediately set to organizing a memorial, which was held on January 31, 2016 at 8 pm. The official memorial was held earlier in the afternoon at the Shekou China Merchants Museum, which is the official mourning hall for the departed leader. “The difference,” one participant commented, “between the two memorials was obvious. At the official memorial, people were waiting for Shenzhen Party Secretary Ma Xingrui and Mayor Xu Xin to arrive and pay their respects. In contrast, at the Shekou Community memorial, Old Shekou people came to mourn the end of an era.” 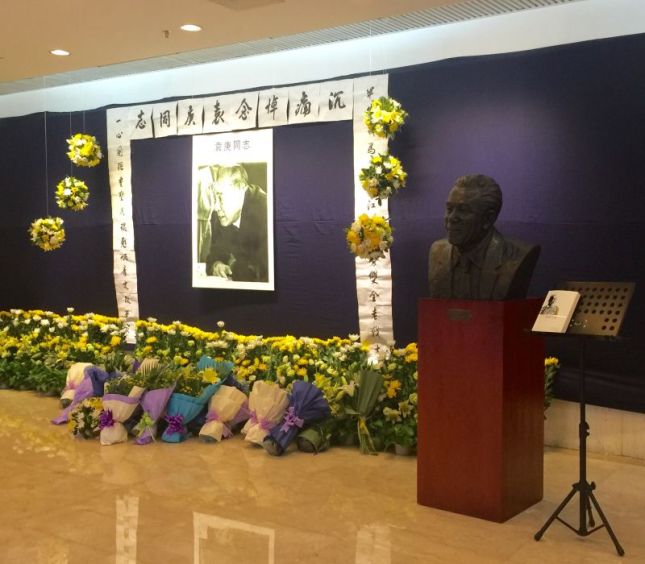 In some sense, the community memorial echoed the 1976 memorial for Zhou Enlai and the 1989 memorial for Hu Yaobang, both which played pivotal roles in organizing the post Mao era.* Each popular memorial began because people wanted to express their feelings for a respected and even loved leader. Accordingly, the memorials also gave the people an opportunity to express their support for the leadership (and policies) of the departed. Clearly, the Shekou memorial for Yuan Geng functioned within that larger rhetoric.

That said, the memorial for Yuan Geng differed significantly from the 1976 and 1989 memorials in (at least) four important ways: (1) it was organized by a legal non-governmental organization; (2) the Community Trust applied for permission to hold a gathering and thus if not formally, at least tacitly the memorial was approved by the local police station; (3) the mourners departed after a simple ceremony, and (4) and most importantly, the memorial commemorated a community and not the nation-state. Indeed, for many participants the form of the memorial itself–emotional, simple, and orderly–affirmed Shekou’s sense of itself as a community where progressive transformation–of the self and of society–is possible.

On WeChat written memorials of what Yuan Geng meant for Shekou and for individuals currently circulate.

For ordinary Old Shekou people like myself who came to Shekou in the 1980s, the Shekou Spirit that Yuan Geng represented was simply this–liberating the personality and thinking of every individual. There’s no need for a “high and mighty” interpretation of the Shekou Spirit.

He was the sage who held the candle, guiding us forward despite bitter hardship. Today, the last candle has burned out. Yet because of him and his progressive leadership, the darkness no longer obscures our path.

雾霭沉沉唤大鹏，试管呼呼起大风；一行政治一行诗，半是战士半书生！Dapeng is called out of the heavy fog, a test tube raises a great wind; A line of politics, a line of poetry, half a warrior, half a scholar!** 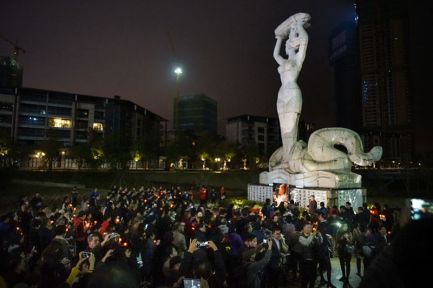 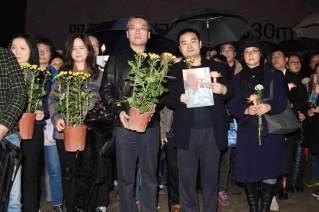 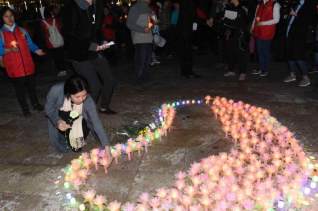 * The 1976 Tiananmen Incident occurred on Grave Sweeping Day (April 5), when citizens gathered in Tiananmen to commemorate Zhou Enlai. According to Frederick Teiwes and Warren Sun, the stimulus for the 1976 gathering was that the beloved Premier had not been adequately honored after his death and that there was some struggle over his official reputation. Indeed, after Zhou Enlai’s death in January 1976, the Hu Yaobang regime had promulgated the (ignored) five no’s–no wearing of black armbands, no wreaths, no mourning halls, no memorial activities, and no handing out of photos of Zhou. In a nutshell, the first Tiananmen Incident occurred because popular gathering to mourn the passing of Zhou Enlai was interpreted as a direct challenge to the ailing Mao Zedong.

Similarly the 1989 Tiananmen Incident began when people gathered to memorialize reformer Hu Yaobang, who died on April 15, 1989. Although the Party initially took a conciliatory attitude toward the memorial, it transformed into a protest against current policies (especially corruption) and a call for more democracy. On June 4, the military violently suppressed those gathered in the square. As with the memorial for Zhou Enlai, the memorial for Hu Yaobang was suppressed because from they challenged the hegemony of the political elite.

** Dapeng is the Shenzhen District where Yuan Geng was born, it is also a nickname for Shenzhen, “the Roc City”. “The great wind” refers to both political change (more generally) and the Shekou Tempest (more specifically).