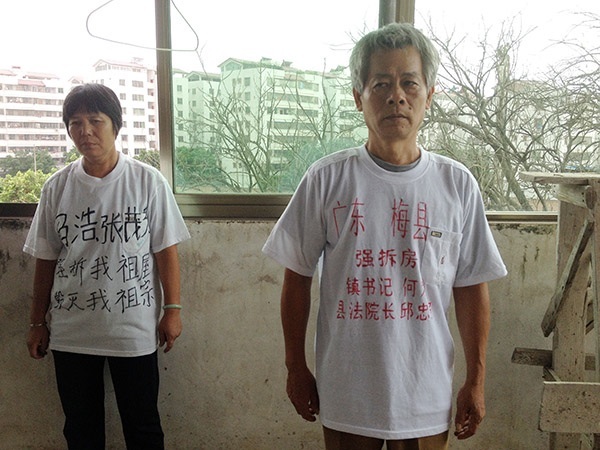 While in Xi’an, I once again visited the Terracotta Soldiers in Lingtong, once upon a time center of Qin power. The First Qin Emperor (秦始皇 ) installed this death monument during his life. This seems to have been the way of ancient Emperors and Pharohs — a longing to control everything, as if making the world in our own image was (a) possible and (b) a means of achieving immortality. However, we don’t really know what the mass grave meant to him because we haven’t found his grave — just indications that he wanted to be safe in death. But maybe it was a ruse to distract observers from his actual gravesite. That said, we do know that he unified six warring states and became the model for those future Chinese leaders who yearned to bring everything under heaven under themselves. Personally. Indeed, the visit sparked a conversation about the meaning of 法律, its historical constitution, and whether or not law can serve China’s peasants.

The implication of course is that law only works for non-peasants (非农). And that development therefore is imagined as transforming peasants into something they are not.

The warring states — except for the Qin — bordered the Yellow River. Prior to Qin expansion, an important element of warfare was to destroy the dikes of other countries, flooding fields and disposessing peasants of land and livelihoods, which in turn bankrupted the country. 法  (fa) the first character in the two-character Chinese word for law referred to an agreement between the five not to destroy dikes in order to join forces against the Qin. At the time, the Qin were literally outside the fa because they didn’t have easily accessible dikes. Long term, of course, the agreement best served the Han Dynasty which rose in the chaos that followed the death of the (still missing) First Emperor. The second character for law is 律 which used to refer to issuing punishments according to a local penal code.

Point du jour has to do with the fact that historically both the characters 法 and 律 figured violence (one through warfare and the other through the penal system) against peasants with respect to the proper working of the state. Inquiring minds want to know: why does this matter today?

In terms of development or rural construction (乡村建设 or 乡建) the history of 法律 matters at several levels. First, although no peasant or developer can alienate peasants from collectively held land, nevertheless the state can at any time for its own purposes disposes peasants of their land. Moreover, this alienation has not been historically peaceful, which in turn contextualizes the violence that has characterized forced evictions. Second, peasants have been trying to secure justice within a 法律 discourse. This means that they are arguing for their rights within a discourse that has assumed violence against them as normal. Full stop.

I raise this brief exegesis of the two-characters for law, 法律 in order to nightlight its living inscription on and as the Chinese landscape. Site seeing and tourism in places like Xi’an and Beijing is a process of recalling state violence to mind. The pleasure comes from imagining oneself as an agent of law — an official, a soldier, or an Emperor. I also want to question the Western obsession with law as a means for securing human rights in China, when that project only makes historical sense for emperors and kings, who have their states (and status) constituted through law (fa).

More importantly, this history palpitates viscerally when stories of police and thug attacks on peasants continue to circulate along with stories of forced evictions. The most recent to come to my attention is the Meizhou South of the River October 10th incident, when police-thugs beat Sanjiao villager, Lin Quanjun when he defended his house against demolition. In fact, there is telling irony in just the reportage from the event; in Chinese, Lin Quanjun’s name is 林权均, which might be translated as “Power Distributed Evenly” Lin.