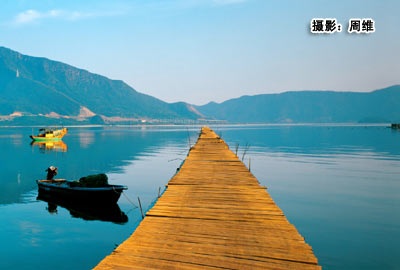 …that is the question.

The lead article in today’s Shenzhen Evening Daily provocatively asks if the reader is for or against the China Petroleum plan to reclaim 37.9 hectares of Dapeng Bay. To date, Shenzhen has reclaimed 69 sq kilometers of coastline, an area six times larger than the Shekou Peninsula or 6.5% of Shenzhen’s total area. Moreover, of the Municipality’s 254 kilometer long coastline, only 40 kilometers remain undeveloped.

China Petroleum has proposed building a liquid natural gas (LNG) peaking power plant. Also known as peaker plants, and occasionally just “peakers,” these power stations do not run continuously, but rather provide additional energy during peak hours of demand, such as during summer afternoons when air-conditioning use is at its highest. They command a higher price per kilowatt hour than do base load plants, which operate continuously.

There has been a persistent buzz of protest against the proposed plan. The article goes on to say that in Shenzhen news net online survey, over 82% of respondents were against the plan. Moreover, there seems to be government support for the social push back. Last week, for example, a journalist friend said that Dapeng New District Government had no vested interest in the plant, but did have a interest in the coastline. Consequently, the government was using public disapproval as a means of countering China Petroleum, which is a national, state-owned enterprise.

Currently, Shenzhen is handling the stand-off through a hearing. The question facing the board, is whether or not the proposed station conforms to or is in conflict with Shenzhen’s environmental sustainability laws, which include protection for remaining coastline areas. Zhou Wei, a nature photographer and environmental activist has been at the forefront of bringing public awareness to the proposal and its environmental consequences. It is therefor notable that he is not one of the five members of the board that will hear arguments for and against building a Dapeng Peaker.

Of note. Today’s article phrased the question of “to fill or not to fill” in terms of the well-being of the City’s grandchildren:

We don’t know what the future of Dapeng Bay will be, nor do we know how you will view the decisions that we make today. Today we write this letter in the name of Shenzhen, in the hope that every choice we make will not harm our grandchildren.