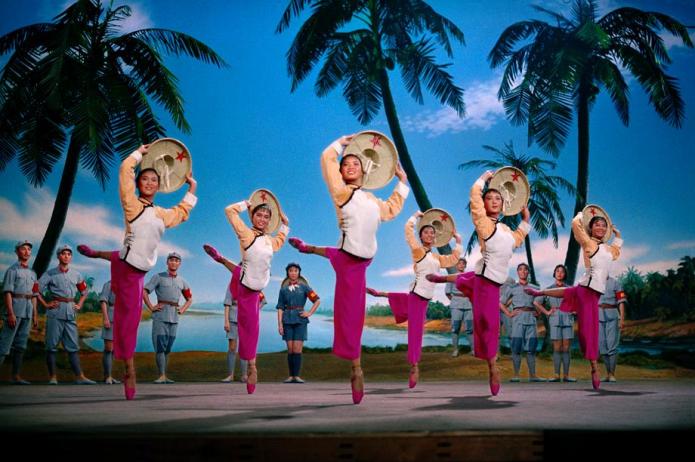 Theodor Adorno and Max Horkheimer’s 1944 essay The Culture Industry: Enlightenment as Mass Deception helps us think through the idea that capitalism in the West functions like socialism in China. The point, of course, is the attempt to control social processes to benefit a few, whether they be investors (as in the States) or cadres (as in China).

In the quote below, for example, I have replaced “consumer” with “the People (人民)” and “producers” with “cadres”. Note that as with the critique of censorship in China, Adorno and Horkheimer’s critique of the Western cultural industry focuses on the enforced passivity of the intended audience. Note also that A&H lament the fact that the cultural industry has coopted enlightment to its own ends. Similarly, the critique of cultural production in contemporary China emphasizes how the progressive ideal of liberating workers, peasents, and soldiers has been subordinated to maintaining Party hegemony:

There is nothing left for the People to classify. Cadres have done it for him. Art for the masses has destroyed the dream but still conforms to the tenets of that dreaming idealism which critical socialism baulked at.

The result of systematically subordinating human creativity to monolithic ends (profit in the West and political power in China) results in boring, predictable literature and art:

Not only are the hit songs, stars, and soap operas cyclically recurrent and rigidly invariable types, but the specific content of the entertainment itself is derived from them and only appears to change. The details are interchangeable. The short interval sequence which was effective in a hit song, the hero’s momentary fall from grace (which he accepts as good sport), the rough treatment which the beloved gets from the male star, the latter’s rugged defiance of the spoilt heiress, are, like all the other details, ready-made clichés to be slotted in anywhere; they never do anything more than fulfil the purpose allotted them in the overall plan.

Adorno and Horkheimer assumed that the extent to which art and literature liberate or nourish or enhance a human life pivots on the the extent to which an individual actively participates in the realization of a work. They followed Kant in understanding that this participation is rational; the work of appreciation is to classify and organize aesthetic experience, creating a critical consciousness. In the Talks at the Yan’an Forum on Literature and Art (在延安文藝座談會上的講話), Mao Zedong also posited a beneficial kind of aesthetic engagement, albeit revolutionary rather than critical because he followed Marx. For Mao, socialist art and literature would facilitate the mental work of transforming one’s half-feudal, half-colonial consciousness into revolutionary consciousness.

I’m actually an advocate of both critical and revolutionary consciousnesses, especially when used to hone each other. Today, however, I’m wondering how it is that human societies end up in these painful and painfully similar cultural ruts. In other words: what’s the generalized (or mass) appeal of repeated bouts of boredom? Indeed, maybe what’s at stake isn’t boredom, but rather our anxiety about the fact that true repetition is impossible. In other words, what if we’d rather be bored than confront the irrefutable freshness of every moment? To the extent that we can’t step in the same river twice, it follows that we can’t watch the same model opera twice.

Thought du jour: when Mickey Mouse stepped through the looking glass, he found himself among a Red Brigade of Women, who were applying to study in the United States, where they might realize their Chinese dreams.