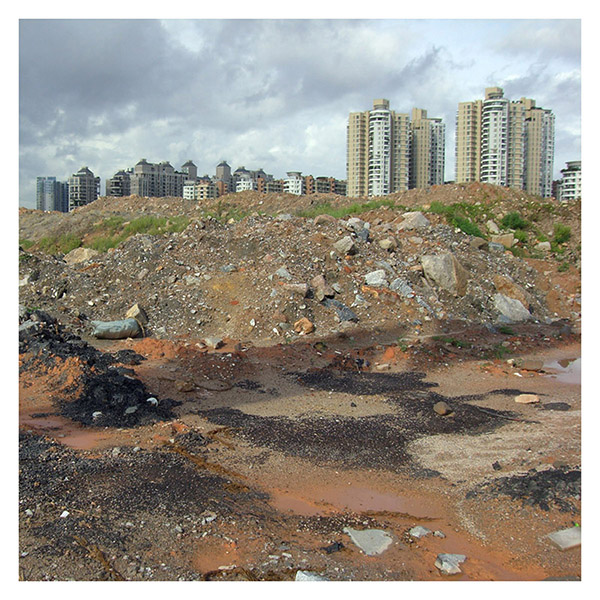 Here’s the thing about innovation and copy-catting; our focus on individuals and copyrights makes it difficult to see that what happened in Shenzhen was a re-invention of capitalism. “Shenzhen Speed” is the name we give to the accelerated pace of accumulation and concomitant disruptions that have defined the past 40 years in Shenzhen (counting from 1979). Now, when we focus on objects like household electronics, oil paintings, and graphic design, it is easy to overlook how this acceleration reorganized capitalism as we knew it. But that’s the point. In Shenzhen, innovation has pretty consistently taken place at the structural level——reorganizing populations, restructuring factories, and remaking landscapes.

One of the most important innovations in Shenzhen, for example, occurred in Shekou, where very early on Sun Shaoxian figured out how to speed up the process of building on reclaimed land. The key, of course, was squeezing water from the mud, so that the land becomes stable and profits aren’t “lost.”

I know, you’re wondering, how can people worry about lost profits in the face of lost coastline? But it happens. We imagine that “time is money” and “free time” is lost opportunity. And yes, I recognize this cultural ecology because it is my native habitat. In the Myriad Transformations we are tracking the logics that made Shenzhen the poster child for capitalism today. On July 1, 2007, for example, I took the first picture for this series of interactions with the changing coastline behind my apartment, which is located at the periphery of Shekou. Shenzhen celebrated the tenth anniversary of the return of Hong Kong to Chinese sovereignty by opening the western corridor bridge. I observed the holiday by walking around reclaimed land and taking photos, noticing how quickly the coastline had become real estate.

This particular swathe (roughly from Shekou #7 to Shekou #8 Industrial Roads, east of Houhaibin Road) is now home to some of the most expensive middle class property in the city. And here is, once again, where we see how Shenzhen took a particular system (suburban living this time) and reworked it to produce higher profit margins and faster rates of accumulation than in the US. Instead of building individual homes far away from the city and selling them one-by-one, Shenzhen put in entire housing estates and each housing estate is also a shopping mall / commercial center. Indeed, the first of this strip of homes and malls was built in and around Coastal City, where the Nantou Peninsula extends south from the Mainland. Recent impressions of that same swathe, 12 years later: 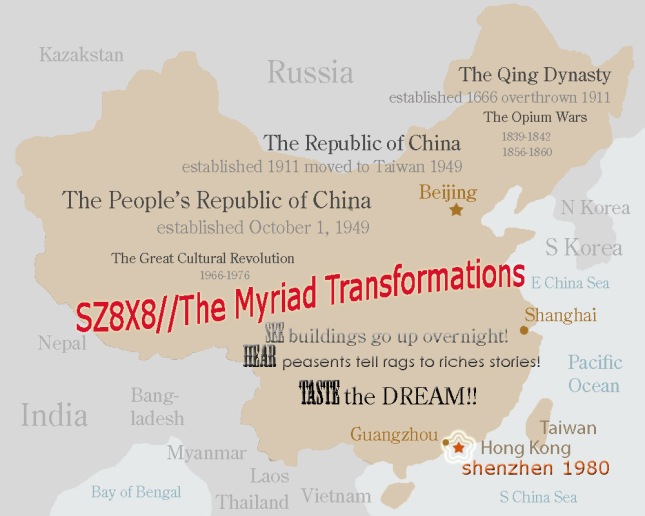