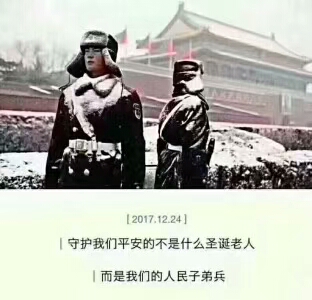 You may be aware that many in China are protesting Christmas because the country has its own traditions. In turn, the nativist logic behind the protests has shown up all sorts of contradictions. Exhibit A is an image and commentary from we chat:

Forwarded commentary: Christmas is Western, New Year’s is Western, the entire Gregorian Calendar is Western, Socialism is Western, Communism is Western, Marx and Engels were both Western, only you idiots are native products! Red banner says: Resist Christmas / Chinese people don’t celebrate foreign holidays / Foreigners made apples, and us?

However, there’s more at play than simple nativism. Christmas Eve is known as “Night of Peace” and apples are common gifts because they are homophones for “peace fruits (pingguo).” One of the most common memes that I have seen making the rounds contains a visual reference to Lei Feng in the snow and a snarky comment about Santa and the “Night of Peace.” 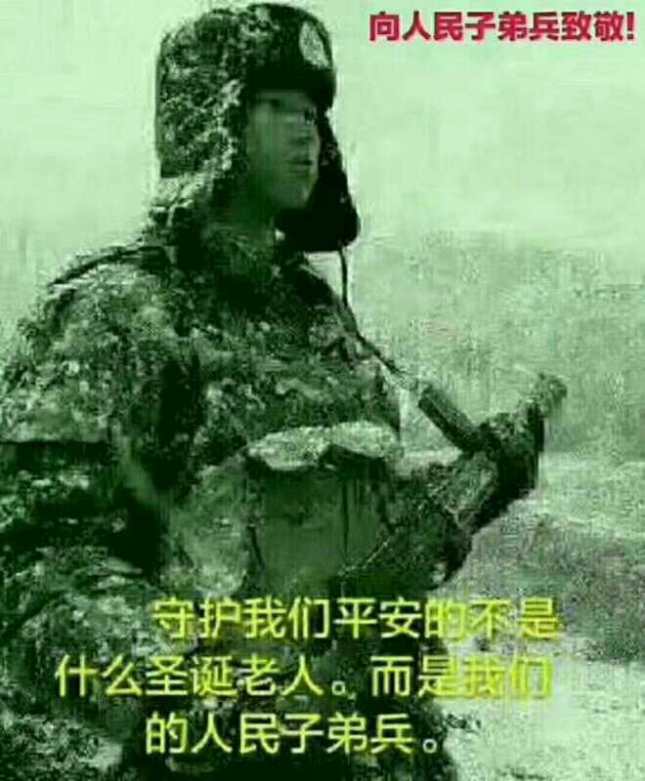 These images unsettle me. There seems to be something shifting not only worldwide, but here as well–more anger, more willingness to take a hard line, more xenophobia sneaking in under the guise of “heroism.” Shenzhen now feels as if it has entered another era. Indeed, in the few weeks after the 19th National People’s Congress, I have noticed more nervousness about what can be said and what can be publicly acknowledged. There are more guards on the subway and the acceptable boundaries of public dissent are shrinking, unless of course one is protesting designated targets.

The rhetorical equivalence of the sacred birth with Santa rather than Jesus has made me nostalgic for Christmas pumpkins on Huaqiangbei’s main strip. But that was then. Today, we’re taking on Santa Claus (“Old Man Christmas”) because he doesn’t uphold the peace, reminding me that while some misunderstandings are endearing, others are deliberate threats. Sigh.