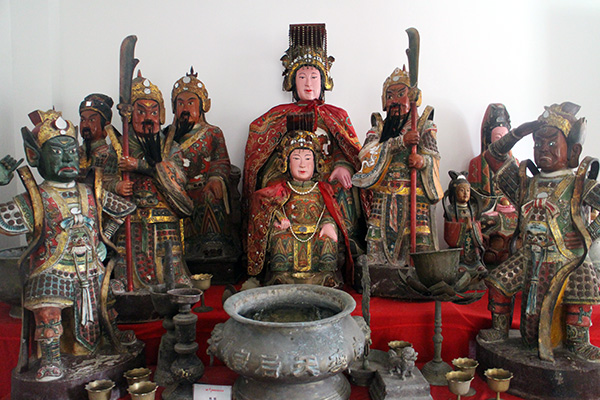 Yesterday, I visited the newly renovated Mazu Temple of Nanyu (南渔), which is located in Nan’ao, Dapeng (大鹏新区南澳). The temple is interesting for (at least) three reasons and the questions they beg.

Questions that the temple raises include:

Chaozhou people have been involved in the reconstruction of Shenzhen tradition at two levels. First, Shenzhen is known for the shift from the planned to a market economy, but many of the people who built the literal markets (the Hubei fish market, wet markets in many villages, and the dried fish market at Nan’ao, for example) have been from Chaozhou. Secondly, many of the traditional crafts that appear in Shenzhen ancestral halls and temples have been contracted from Chaozhou, which is considered more “traditional” and therefore “authentic.”

The next post will talk about the relationship between the temple and the village. Impressions of the newly constructed Mazu Temple and the exhibition.