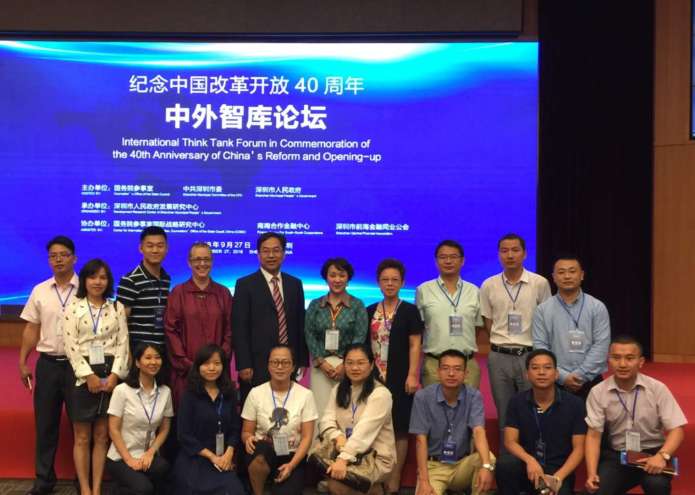 —-  国民党税多，共产党会多  (“The KMT has high taxes and the CPC has many meetings” was popular description of the difference between the Nationalists and the Communists during the War Against Japan. )

On the morning of September 27, 2018, I attended the ten (!) keynote addresses of the International Think Tank Forum in Commemoration of the 40th Anniversary of China’s Reform and Opening-up (and yes, as far as I can tell, Shenzhen has shifted its translation of “reform and opening” to “reform and opening-up”). The Counsellor’s Office of the State Council and the Shenzhen Municipal Committee of the CPC and the Shenzhen Municipal People’s Government hosted the event, which was organized by the Development Research Center of the Shenzhen Municipal People’s Government. So a big deal. And there I was in the midst of all those policy advisors wondering, what’s actually going on here?  END_OF_DOCUMENT_TOKEN_TO_BE_REPLACED