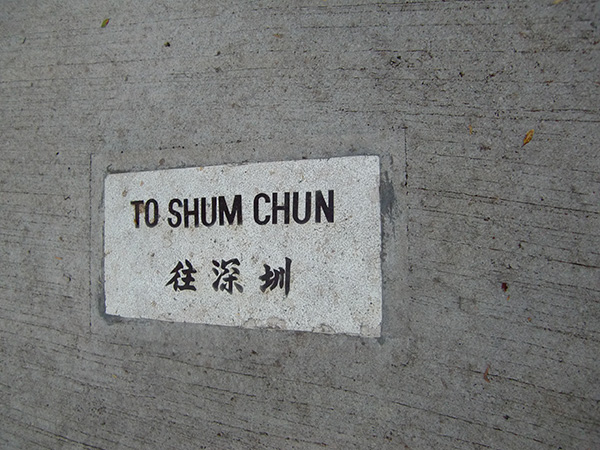 I’ve been thinking about unexpected outcomes, specifically how mapping practices shape geopolitical imaginaries. So, I’m uploading four maps to make a highly speculative point: The Sino-British buffer zone has been a long time coming and like many contemporary boundaries it is an artifact of colonial institutions, including mapping practices. The way the British mapped Hong Kong included the area that today we think of as the Shenzhen inner districts (Luohu, Futian, and Nanshan) and was once known as “the Special Economic Zone.” For a more detailed development of this argument check out the article I wrote with Viola WAN Yan, “Shen Kong: Cui_Bono.“

The first map locates Shenzhen Municipality and the SEZ (magenta) with respect to Hong Kong within the context of the Pearl River Delta (Guangzhou in the upper left-hand corner). 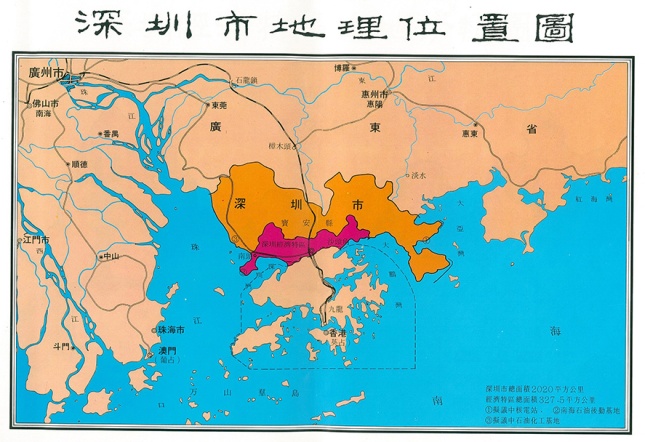 The second map is

based on the Sino-British border that was established in 1898. Of note: both Nantou and Dapeng, which faced toward the Pearl River and South China Sea, respectively were larger and more important than Shenzhen Market, which was one one of the small, but important markets on the isthmus.

The third map is a US military map from 1945. I have labeled important sites in the ongoing restructuring of the former Xin’an County. Of note, The British have claimed to the high tide mark on the coastlines of Deep and Mirs Bays:

The fourth map is the late 1970s map of Hong Kong and the New Territories that Yuan Geng used to determine the location of the Shekou Industrial Zone, circa 1978. Of note? The penciled in push back of the maritime Sino-British border.